Kottayam: A massive landslide has been reported from Keerithode Parakkadavu region at Erumeli here on Thursday by 3 early morning. People fled from the place hearing the loud sound averting a huge disaster.

The area where the landslide occurred is close to the Sabarimala forest region. The mud slipped to Eruthuvapuzha-Kanamala bypass road. Three houses and the road were damaged. The locals rescued a person who was trapped under the mud. The injured person has been hospitalized.

The rescuers are evacuating the people who reside in disaster-prone areas. There was heavy rainfall in the hilly areas of Kottayam from Wednesday night. However, the rain receded by Thursday morning. 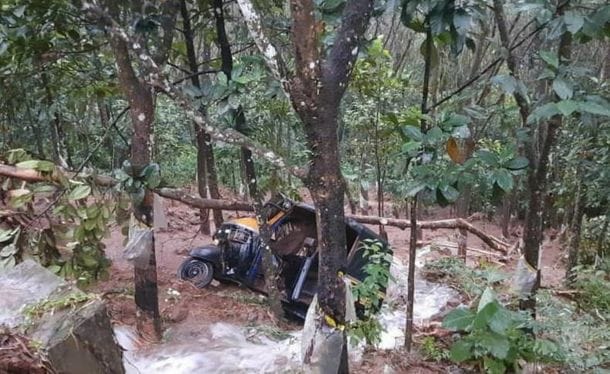 This bus driver takes service on same route since 1990

Man on bike crushed to death after KSRTC bus loses control and rams into ...