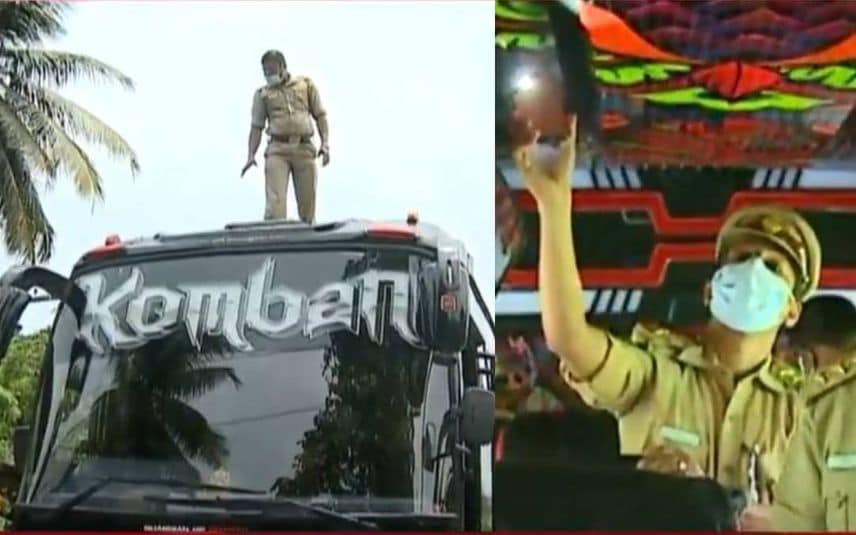 Pathanamthitta: The Road Transport Officer here inspected the 'Komban' buses and found a slew of violations.

Speed governors, mandated by law, have not been installed in the buses. Number plates are not made as per the rules. The special smoke producing system has not been removed despite warning, RTO has found.

Of the two buses inspected, though one had a speed governor, it was not functioning properly.

Black paper pasted on the window glasses is also a violation of the rules. The RTO will send a notice to the owner Pandalam native Jayapillai to make necessary changes.

The inspection was conducted as part of the investigation into a fire accident in the bus at Perumon Engineering College during their college tour. The students used firecrackers on the roof of the bus resulting in the fire. Following this, the motor vehicles department had fined the owner Rs 36,000. The HC had ordered a detailed inspection of the bus.

'Komban' buses have a huge fan base among college students in Kerala.