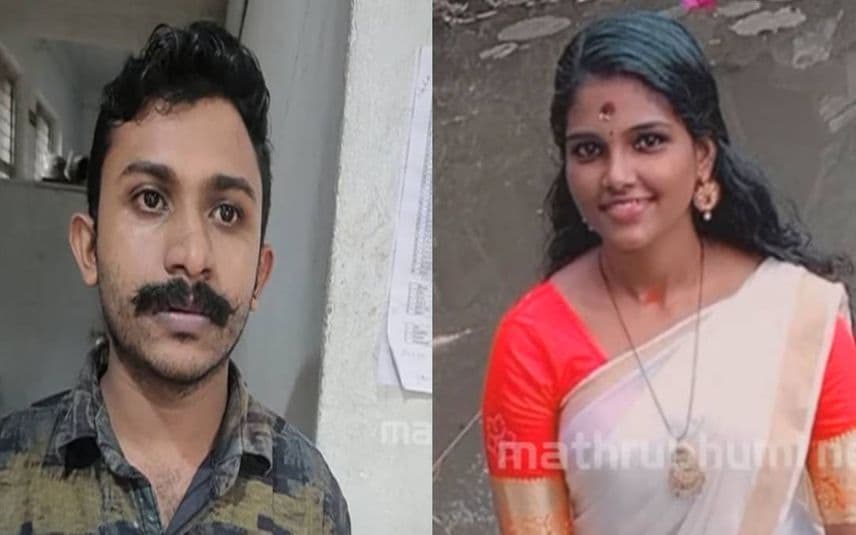 Kollam: Police have arrested Aneesh, a native of Puthoor here over the suicide of a 22-year-old woman to whom he was engaged. The woman has been identified as Sandhya, a native of Muttara here.

According to the police, Aneesh was booked over a complaint lodged by Sandhya’s father. Sandhya's father alleged that his daughter died by suicide due to Aneesh. The police arrested Aneesh after collecting evidence against him. The officials said that Sandhya and Aneesh were in a relationship. It was Aneesh who approached Sandhya’s family with the marriage proposal. Her father informed him that the family is not in a position to find the money for her marriage as they are in debt related to her sister’s marriage.

The father also informed Aneesh that the wedding will be conducted two years later. Aneesh then maintained that he has no dowry demand and is ready for a low-key wedding. Following this, the family officially announced their engagement.

However, Aneesh demanded dowry following the engagement. He wanted money and a bike. The man used to regularly call Sandhya and was asking about dowry. It is learnt that Aneesh had phoned Sandhya on the day of her suicide. In the scientific examination, police recovered evidence from Sandhya’s phone.

Meanwhile, when Sandhya’s father lodged a complaint with the police, Aneesh approached Kerala High Court for anticipatory bail. But the court rejected his plea and he went absconding. After two months, police nabbed him over the case.