Jeep with tourists swept away by flash floods in Thenmala; Locals come to rescue

Jeep swept away by flash floods in Thenmala; Locals come to rescue 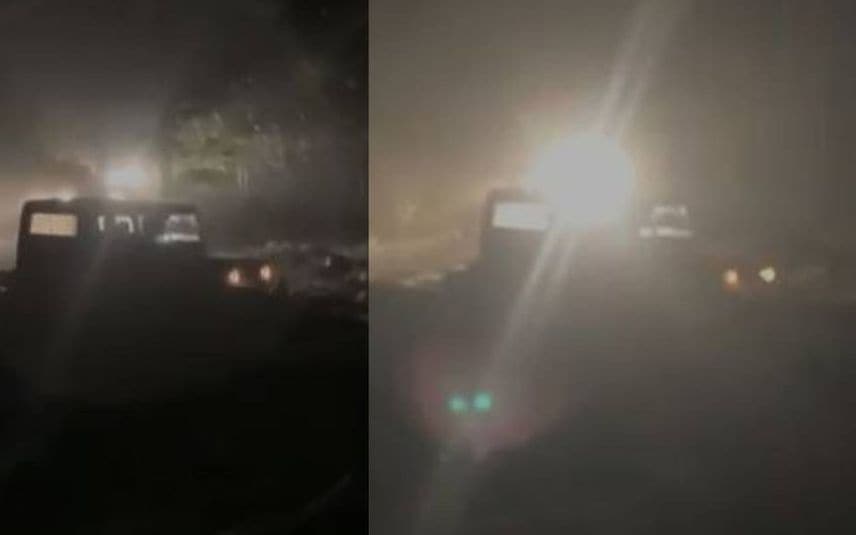 Visuals of the incident

Thenmala: Timely intervention of locals and bus workers averted a grave tragedy in Kollam’s Thenmala. Two tourists in a jeep who were heading to Rosemala was swept away in the flash floods but were rescued by the native people. The incident happened on Wednesday at around 6:30 PM. Rajkumar and Ranju of Kollam were in the jeep and one of them was injured and both received primary treatment at Aryankavu St.Mary’s Hospital.

Bus driver Razeek talked about the incident. “Last evening after conducting service to Rosemala, we were returning to Aryankavu. Flash floods happened out of the sudden and we were clueless. Foreseeing risk, the bus was stopped. We waited for more than two hours and there was strong water currents. There were many two-wheeler travellers who were stuck. Taking help, we analysed if it was safe to move the vehicle along a low-lying path through which water flows. After ensuring less danger, we moved the bus. However, it was difficult to cross the water-logged path by motorcycle. So bike owners kept the vehicles inside the forest and entered the bus. However, the tourists in the jeep, who were unaware of the risk ahead, moved their vehicle and were swept by the strong water currents.”

Reportedly, the jeep was washed away and got hit by a rock and tree. Local people immediately rushed to the rescue. A tug was thrown at the tourists and they were brought safely back. To prevent the jeep from getting washed away, it was tied up. Though heavy rains and darkness made rescue efforts difficult, the attempt did not fail. The tourists were taken in the bus to Aryankavu bus depot. From there they were taken to nearby St.Mary’s Hospital for treatment.

Mysuru: Jabeena Taj, wife of the traditional healer who was brutally murdered in Nilambur, expressed dismay over the happenings. According to Jabeena, ..

Thiruvananthapuram: The state is inching closer towards a dire economic crisis that may lead to deferred salaries of government employees. Kerala had sought ..

Delay in implementation of revised bus fares in a few buses added to the already existing woes of KSRTC which is reeling under severe financial crisis ..

Nilambur murder: Shaibin is an intellignet criminal, he made Rs 300 cr in 10 years, say police

Nilambur: Shaibin, the mastermind in the kidnap and murder of Mysuru local medic Shaba Sherif (60) is an intelligent criminal, police said. He planned ..