‘Kodiyettam’ of Thrissur Pooram to be held today in all glory 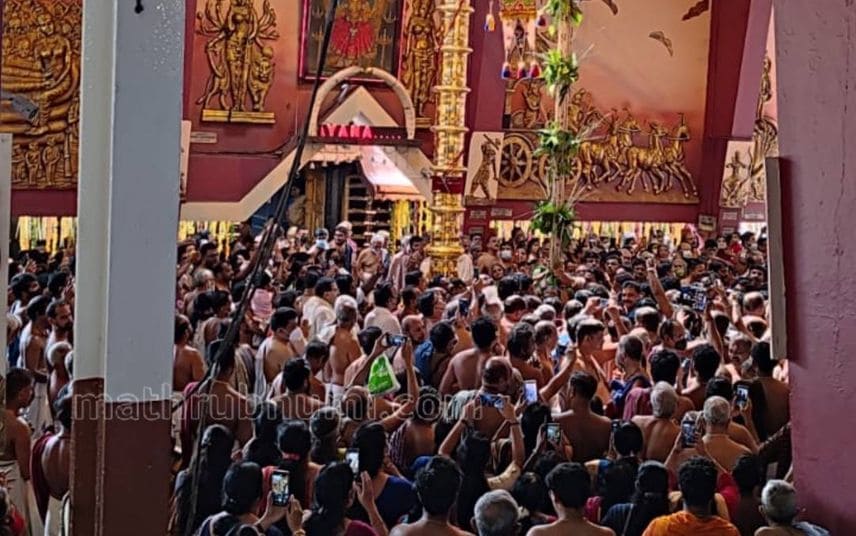 Thrissur: The ‘Kodiyettam’ (flag hoisting) for Thrissur Pooram, which marks the beginning of festivals, will be held in two major temples and eight subsidiary temples on Wednesday. The

'Kodiyettam' at Paramekkavu temple and Thiruvambady temple were held in the presence of a huge throng of devotees in the morning. 'Kodiyettam' in the other subsidiary temples will be carried out from 8 am to 7 pm on Wednesday.

The display of caparisons (Chamaya Pradarshanam) of both Paramekkavu and Thiruvambady will begin on May 8. Sample fireworks of Pooram will also be displayed on the same day.

The festival will begin with the Poora Vilambaram on May 9, in which the idol of ‘Neithalakkavilamma’ is carried atop elephants to the south entrance gate of the Vadakkunnathan temple.

Collapse of beams of Koolimadu bridge: Action mooted against officers, ...

Union govt's 'SWADES' programme didn't make any impact on expats even after ...