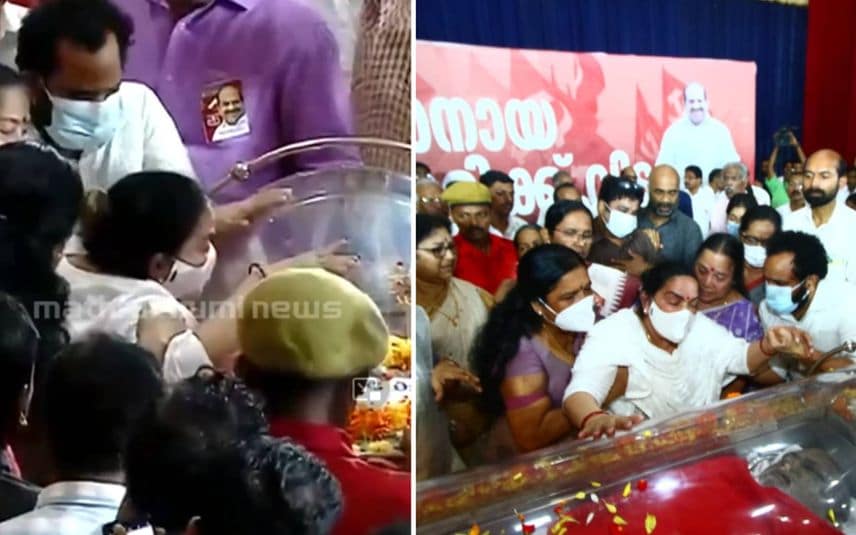 Kannur: Thalassery town hall witnessed emotional moments when CPM leader Kodiyeri Balakrishnan’s mortal remains were kept for public homage on Sunday. Kodiyeri’s wife Vinodini broke into tears and collapsed while standing close to the coffin. Her sons, daughter-in-law and CPM leaders including PK Sreemathi and KK Shailaja rushed to her and shifted her to Kodiyeri’s house.

Chief Minister Pinarayi Vijayan paid homage to his close friend Kodiyeri by draping his body with the party’s red flag.

Thousands including VIPs thronged to the town hall for paying last respects to the CPM leader.

Kodiyeri Balakrishnan, the former CPM state secretary breathed his last at Apollo hospital in Chennai on Sunday after a long-drawn battle with cancer.

His body will be taken to his home at 10 pm on Sunday. The cremation will be held with full state honours at Payyambalam on Monday at 3 PM.