Keralite returns from Afghanistan after being held as hostage by Taliban

Deedil said that that was the moment he felt like his death was imminent. Before reaching the airport, he was a hostage of the Taliban for over six hours. 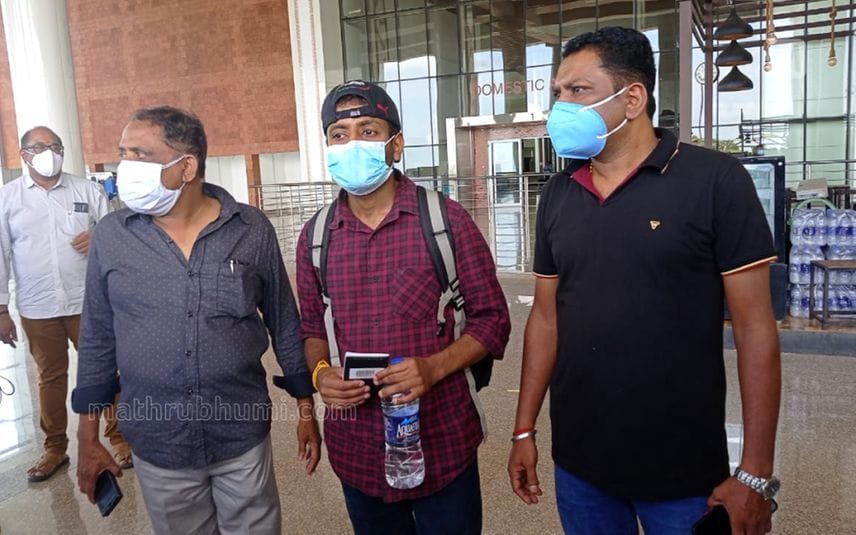 Deedil Rajeevan who returned from Afghanistan seen at Kannur airport with his family members.

Mattanur: “I thought everything was over once Taliban took control of Afghanistan. I have returned from the verge of death,” said Kodiyeri native Deedil Rajeevan who returned from Afghanistan. He talked to the media after landing at Kannur airport.

Deedil left the camp in haste when things turned ugly there. He tried to enter Kabul airport thrice but couldn’t go through. The buses in which he and many others travelled were caught by the Taliban. They took the buses to a deserted spot and asked the passengers to get off the buses.

Deedil said that that was the moment he felt like his death was imminent. Before reaching the airport, he was a hostage of the Taliban for over six hours. They took his passport and mobile phone and verified them.

"Indians were let out last after allowing women and Afghans to go first. I had not informed anything to my family members while I was being held as a hostage. I called my mother after reaching Delhi," he said.

Afghans are living in fear. Although the Taliban assured them safety, those who know them find it very hard to trust their words. Women cannot go out and are not allowed to study either. Taliban has started to deny freedom of the citizens.

It was right before my return journey that the Taliban captured Kabul. The central and state governments and NORKA provided huge support. Chief Minister Pinarayi Vijayan intervened in the matter directly to ensure my safety, Deedil added.

Deedil, who runs a logistics business in Kabul, arrived in Afghanistan nine years back. He arrived at Kannur airport from Delhi via Goa by noon on Monday. His family was present at the airport to welcome him.