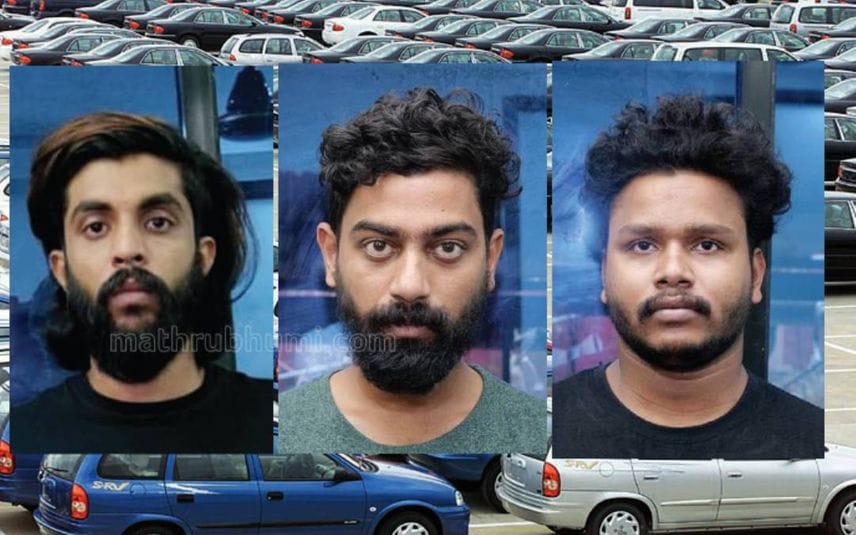 Kochi: A three-member gang who stole cars after selling them through OLX was nabbed by police on Wednesday. Iqbal Saleem, 24, Mohammad Fahil, 26, and Shyam Mohan, 23, were arrested by the Palarivattom police based on a complaint filed by a Nedumangad resident. According to the complaint, the accused stole a Hyundai Verna car which was sold earlier to the complainant via OLX. Police said they had cheated many people in this manner.

The accused scammed people by posting ads on selling and mortgaging cars on OLX. People were attracted by the huge discount shown in the ads. However, the car was sold with a GPS hidden inside the vehicle. This is connected to the mobile phone of the main accused, Iqbal.

The Nedumangad resident bought a car for Rs 1,40,000 from the accused this month. On his way back to Thiruvananthapuram from Kozhikode by car, he stopped at Palarivattom. It was here that the suspects hijacked the car with a duplicate key.

An investigation based on CCTV footage revealed that the car was stolen by the people who sold it.

The accused were identified by a special investigation team led by Ernakulam ACP Y Nizamuddin.

The suspects were nabbed by the police with the help of a cyber cell. It was learned that the accused were living a luxurious life in Wayanad and Bangalore after giving up their phones and SIMs. Iqbal is also accused in the POCSO case in Chevayur. There is a similar case against Mohammad Fahil and Shyam Mohan in Valapattanam.