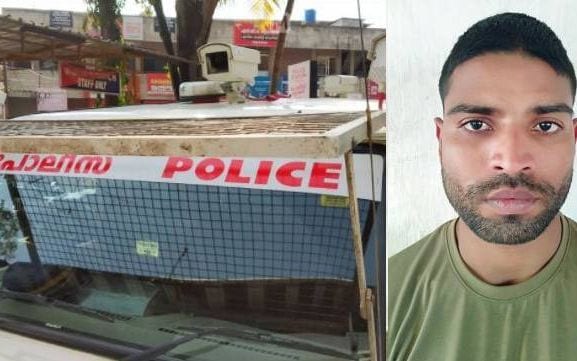 Kochi: Reminding us of a Bollywood action flick, Kochi city police on Friday skillfully nabbed Jagavullah, a Bihar native, from a gully in Delhi for stealing money and a laptop in Kaloor. Earlier, a 17-year-old Bihar native was arrested and produced before the Juvenile Board in the same case.

The accused stole Rs 1 lakh and a laptop from a house in Kaloor last month. Jagavullah, the main accused in the case was working in a bag manufacturing factory in Karukappally. It is learned that he planned the robbery with a 17-year-old working here.

After the robbery, Jaguar fled to Bangalore with the stolen money. After arriving in Delhi via Mumbai, he got a job in a bag factory in Paharganj. It was from here that the police team arrested the accused.

The accused was staying in a slum notably known for burglars and criminals. The police arrived at the slums of Nabi Kareem, a hub for ganja and drug dealing, on the pretext of buying drugs. Police found that the accused worked in a bag factory and found and questioned a Bihar native who had been in regular contact with him.

Later, the police team arrested him from his residence. When the locals came to know about the police, they started to stop them. Meanwhile, the police used a bike and escorted him out of the narrow slum where the car and jeep did not move. Jagavullah, who was produced in court, was remanded.