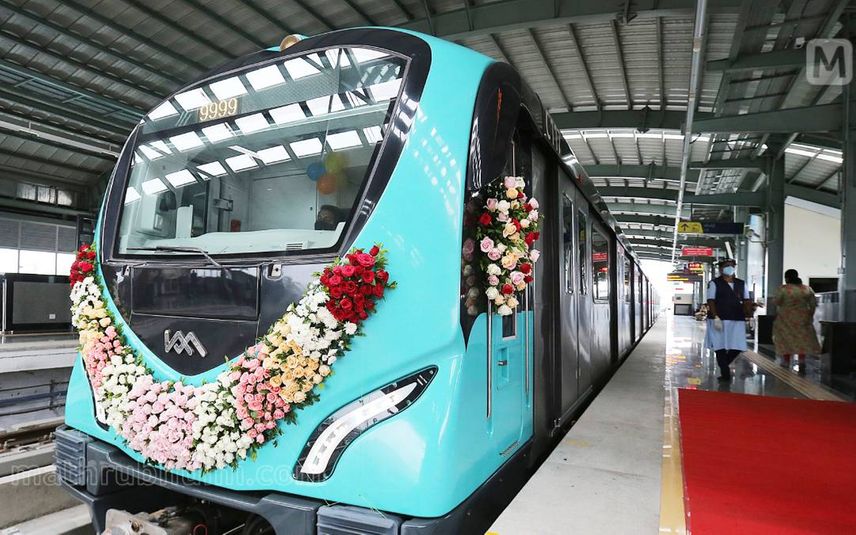 Kochi: Commissioner of Metro Rail Safety has given permission to commence services through the new metro rail constructed from Pettah to SN Junction. The safety commissioner Abhay Kumar arrived for inspections in Kochi on June 9. A team under the commissioner issued approval following the three-day-long inspections. The new metro service linking Pettah and SN Junction has obtained approval when Kochi Metro is celebrating the fifth anniversary.

The metro authorities have set the target of achieving 1 lakh passengers daily by December 2022.

The new rail route has been constructed under the supervision of Kochi Metro Rail Limited (KMRL). Delhi Metro Rail Corporation had overseen the construction of the metro rail route from Aluva to Pettah.

The authorities have decided to begin works of extending the metro to the Thruppunithura terminal next year.

Pettah- SN Junction rail route stretches to a total length of 1.8 kilometre. The service will have only two stations at Vadakkekotta and SN Junction. The station building at Vadakkekotta will be the largest station metro with a 4.3 lakh square feet area.