No need to panic over Nipah, govt is effectively managing the situation: KK Shailaja 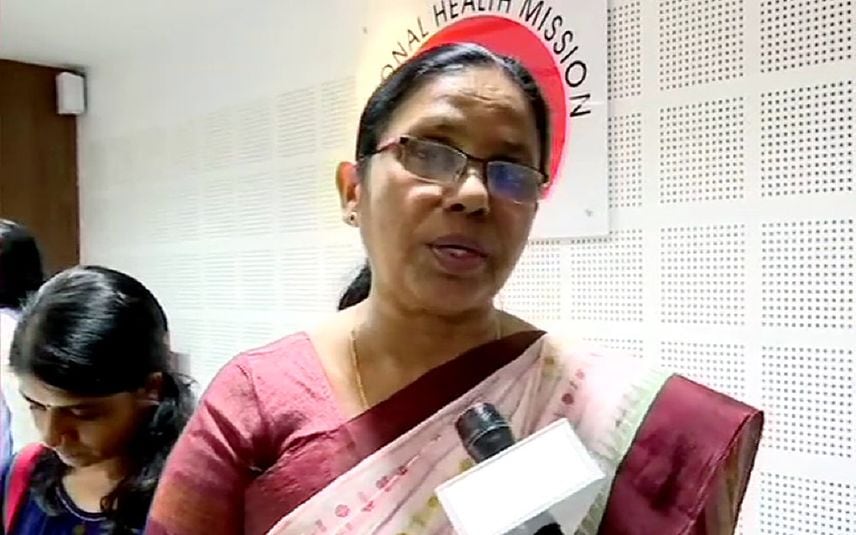 Thiruvananthapuram: Former health minister KK Shailaja on Sunday said that there is no need for the people to panic over the Nipah outbreak in the state. The government is effectively monitoring and managing the situation in Kozhikode, she pointed out while addressing the media on Sunday.

There is nothing to fear. It is important to identify the infected people as early as possible, she added.

"Contact tracing is very important. Our health minister also discussed its importance. Now it is time to identify the infected, and keep them quarantined at the isolation ward in medical college,” she said.
The experts had warned of the possibility of a Nipah outbreak in the future when it was first reported in the state, Shailaja pointed out.

“Now we know the drills and the procedures which should be followed to contain the virus spread. The precautionary measures are taken in the wake of the covid-19 also gives us an edge over the issue,” she added.

Nipah virus was confirmed in Kozhikode district with the death of a 12-year-old boy on Sunday early morning.

The boy died of the Nipah virus at a private hospital in Kozhikode. He was admitted 4 days back due to high fever and showed symptoms of vomiting and meningitis. His condition worsened by late at night. The child had a high temperature of 104-degree and was on ventilator support for 4 days.