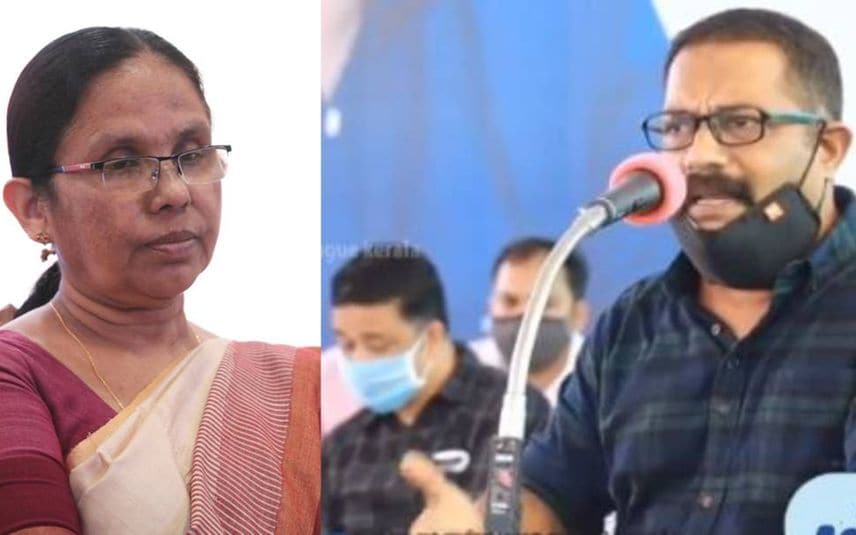 Kozhikode: Muslim League leader KM Shaji said that health minister KK Shailaja attending the seminar at United Nations was nothing but a PR exercise. He also said that he doubts if it was over her relationship with China that the health minister got invited to the UN event. He was speaking at the Youth League protest venue.

He said that his party is happy that minister KK Shailaja attended the UN webinar and that they will not ridicule her like the LDF ridiculed former Chief Minister Oommen Chandy.

New Zealand and Sweden are the best examples in COVID prevention activities. However, both the nations did not take part in the webinar attended by KK Shailaja. Even Australia did not send their representatives. KM Shaji claimed that everyone is aware of the fact that the Kerala minister getting the invite was nothing but a PR exercise.

Both USA and the European Union have cut off their links with WHO over their alleged links with China. “Is it because of your connection with China, that you were invite to speak at the seminar? If not why was Sweden and New Zealand not invited?” KM Shaji asked.

Chief Minister had said nobody should discuss politics during the time of COVID. But after saying that, he attacked Mullappally Ramachandran. DYFI keeps shouting hate slogans. But none of that is politics, Shaji said sarcastically and added that the government should not think they can make evryone mum by handing over a face mask.

He also alleged that Pinarayi Vijayan is the most ruthless ruler in the world. He is not ready to share the details of the Keralites who died due to COVID-19.