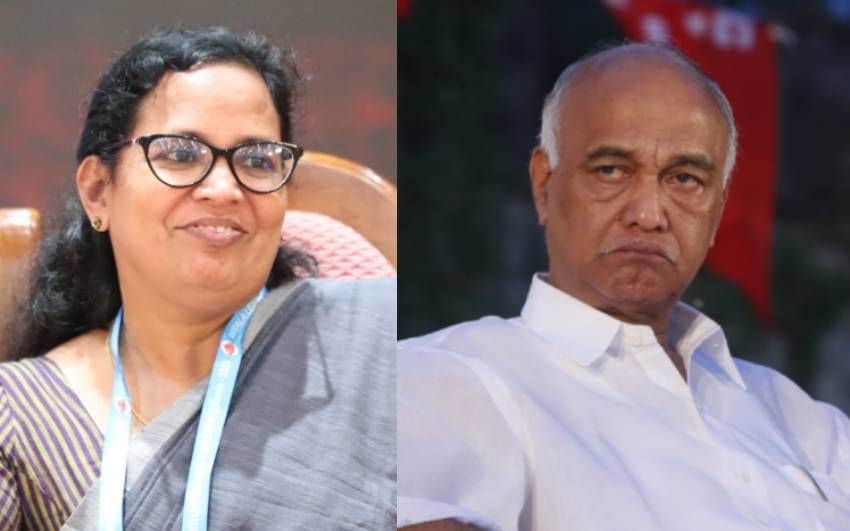 Kozhikode: CPM leader Elamaram Kareem said that KK Rema’s membership in the state Assembly is just a reward for her backstabbing CPM. The Rajya Sabha MP said that Rema should not become arrogant over the power she has. Kareem also accused her of joining hands with communal groups to threaten the communist party. He was speaking at the memorial function of CPM leader CH Ashokan held at Onchiyam.

“What all the shenanigans they are showing after winning an election by fooling people. She gained the position by backstabbing CPM. It is not a big deal to become an MLA. CH Ashokan was a martyr of deceit by these people,” Elamaram said.

KK Rema reacted that the statement against her could be due to the "strong stand" taken by her in the matters including the gold smuggling case raised by the opposition in the Assembly against the government.

CH Ashokan, former NGO Union leader and former area secretary of CPM, was the ninth accused in TP Chandrasekharan murder case. He passed away in 2013. Rema, the widow of Chandrasekharan, was elected to the Assembly from Vadakara constituency with the support of UDF.