"For the last ten years, I have not invested even a single penny in Kerala not due to fear but purely on the understanding that investing here is troublesome and one should keep a piece of rope to end life if money is invested here. With confidence we can invest in other states as one will get the money back in double," said Sabu. 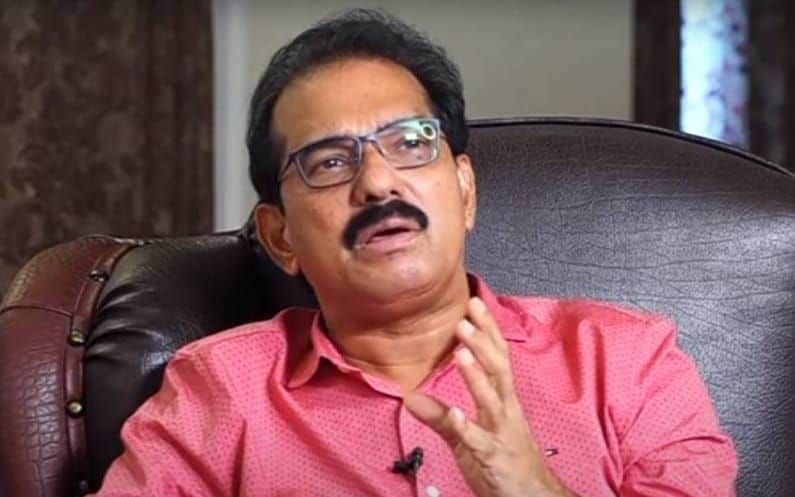 Kochi: Demanding strongly to bring the real culprits behind Kizhakkambalam violence before the law, Sabu M Jacob, Managing Director of Kitex group told Mathrubhumi.com that Kitex has reinstated all the 123 labourers who obtained bail from the court.

He also alleged that the police charged innocent migrant labourers too in the FIR. Police charged 174 migrant labourers in the 524-page charge sheet submitted before the Kolenchery Judicial First-Class Magistrate Court. Among them, 123 persons received bail as they were charged with bailable offences such as unlawful assembly, rioting, possession of lethal weapons, destruction of public property and obstructing the duty of public servants. However, 51 among them are still in sub-jails at Muvattupuzha, Kakkanad and Viyyur as they were charged with non-bailable offence 307 of IPC for the attempt to murder.

In the meantime, Kitex has reinstated 123 employees who came out on bail based on the legal advice ruling out any barrier in doing so. A sum of Rs 10,000 was given to the families of them and also provided Rs 2,000 as emergency financial aid.

“It was after discussing with the legal experts, we decided to reinstate them as they are still named as accused in the case. If the court finds them guilty at a later stage, we will not hesitate to dismiss them. Helping the employees in times of distress is the responsibility of an ideal employer and we feel proud and happy about the decision,” said Sabu.

He also alleged that almost all the accused in the case are mere eyewitnesses as they are not at all involved in the crime.

“By adding innocent people in the charge sheet, police created an opportunity for the real culprits in the case to escape from legal punishment. We examined the CCTV footage on the incident day and traced the involvement of nearly 30 people in the attack. We handed over this footage to the police, but they booked innocent people. The incident took place in a labour camp where 900 labourers were staying. Hearing the noise, they all came out to see what was happening and the police arrested them too. The very next day, the police came to know that the arrested were not the real culprits and they took a face-saving measure by charging all arrested. Illegal confinement is also a crime," said Sabu.

He also said that Kitex and Twenty20 do not want to protect criminals and declared that they are against torturing innocent people.

“Soon after the incident, various departments, including labour, health, legal cell, agriculture, revenue, police and all, conducted inspections here with the sole intention to eliminate Kitex. The concerned ministers vowed action against Kitex in 48 hours based on the reports. It has been three months now, where is the report? What action has been taken? The teams that held inspection here could not spot any violation as Kitex functions absolutely in line with the legal framework. Instead of finding the culprits and punishing them, there was a political conspiracy to destroy me and Kitex. For the last ten years, I have not invested even a single penny in Kerala not due to fear but purely on the understanding that investing here is troublesome and one should keep a piece of rope to end life if money is invested here. With confidence, we can invest in other states as one will get the money back in double," said Sabu.

However, police justified their stance in charging 175 employees of Kitex and claimed that there is enough evidence against them. “If a group of ten people pelts stones at a KSRTC bus, police will take all in the gang into custody. Sometimes, the eyewitnesses may also get arrested. In the Kitex incident, all the arrested were present during the incident and there is enough evidence against them. Let the court decide, whether they are innocent or not," said VT Shajan, the investigating officer and the Circle Inspector of Kunnathunad Police Station.

On December 25 night, celebrations associated with Christmas turned violent after a section among the workers raised voices against the prolonged celebration even late at night. The intervention by security guards to bring the situation under control failed and police were called in later. It ended up in a literal clash between police and the labourers. Eight policemen were injured in the clash and a police jeep was set on fire. More police reached the spot and arrested all the labourers who were present there.