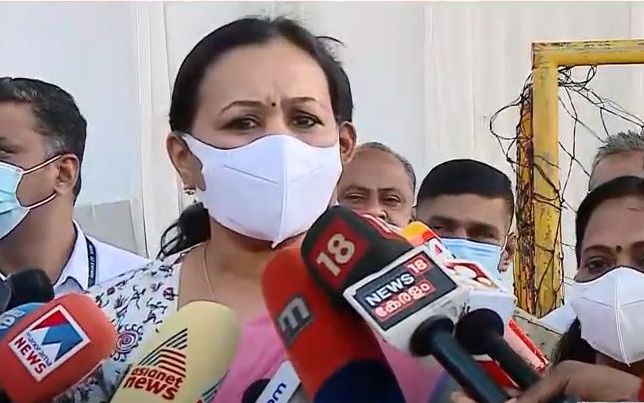 Thiruvananthapuram: Health Minister Veena George lashed out at the Kerala Government Medical College Teachers’ Association (KGMCTA) here on Tuesday. She questioned whom to be blamed other than the doctors for the delay and subsequent failure of kidney transplant surgery at the Govt Medical College.

Following the death of a patient allegedly due to delay in kidney transplant surgery, the minister had taken action against two doctors who were in charge of urology and nephrology departments in the medical college, pending investigation. The suspensions were issued based on the preliminary inquest report that revealed lapses in the coordination of surgery procedures.

‘Each patient approaching the government hospitals is important for the government and their life is precious. If the doctors have no responsibility in their lives, then whom to be considered liable?’ minister questioned.

She asserted that the conventional indolences followed in certain government hospitals are unacceptable and the government will never entertain it. Minister assured that a comprehensive probe will be conducted over the failure of surgery and further actions will be taken based on the investigation report. The suspensions pending inquiry should not be perceived as punishments, added the minister.

The minister’s statement came soon after the KGMCTA’s response against the suspensions of two doctors on Monday. The association had condemned the minister’s decision to suspend the doctors without conducting a detailed probe. The representatives of the association claimed that the action will destroy the morale of the doctors who work under limited facilities. The incidents in which doctors were blamed for the mishappenings caused due to the insufficient facilities of the hospitals are surging in the state, accused the association members. They had warned the minister of strong protests if she abstained from repealing the suspensions.