The statue will be set up in the national museum in Armenia for teaching their people about Gandhi and Gandhian principles. 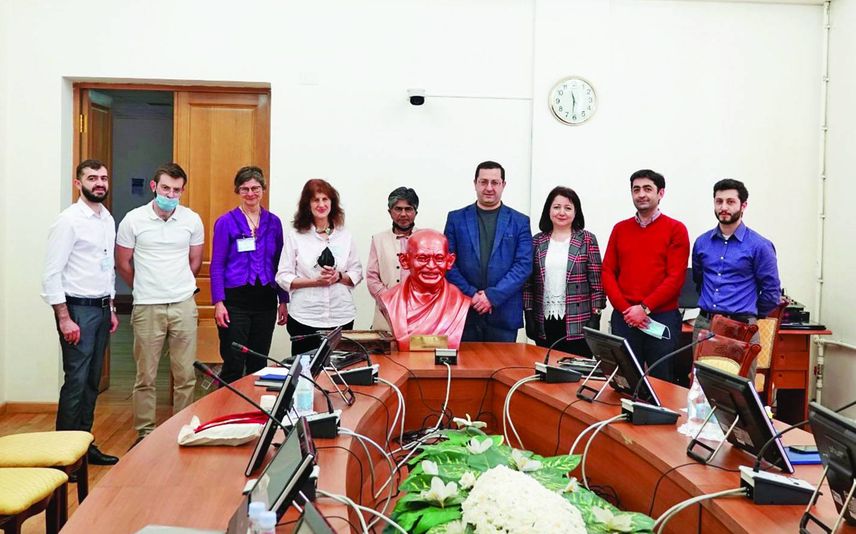 New Delhi: The Parliament of Armenia is going to propagate the Gandhian principle which is based on non-violence and simplicity. As part of the move, the representatives of Armenia received a statue of Mahatma Gandhi. Keralite and Gandhian P V Rajagopal paved the way for this honour to India's Father of the Nation.

The statue will be set up in the national museum in Armenia for teaching their people about Gandhi and Gandhian principles. The Gandhi statue was made by Jalandhar Singh, a sculptor in Wardha Sevagram. Aliq Media editor-in-chief Arsen Kharatyan and activist Jill Carr-Harris also attended the programme.

Jai Jagat Yatra headed by P V Rajagopal had set out during last Gandhi Jayanti Day on October 2 to propagate the Gandhian message all over the world. The journey reached Armenia on February 12 and Armenian parliament members received them. However, Rajagopal and team had to stop journey in Armenia on March 16 following the COVID outbreak. They are staying in Armenia presently.