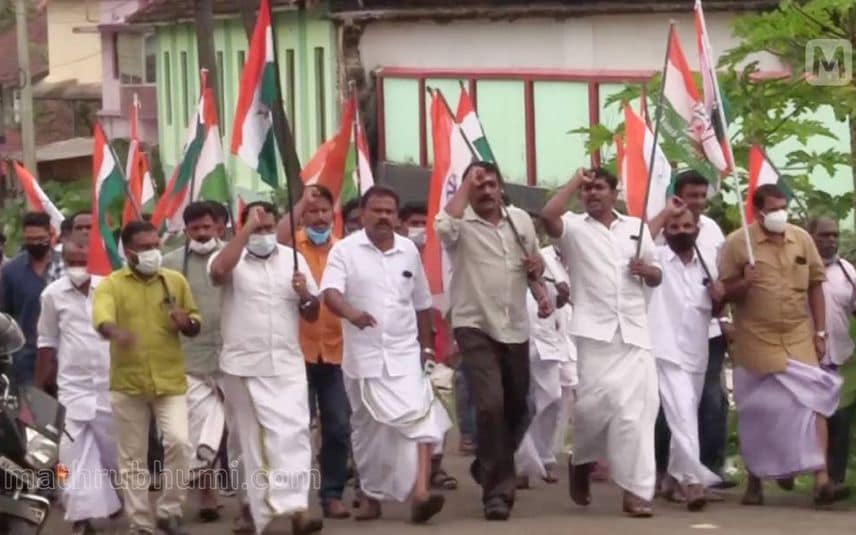 Kochi: Youth Congress on Monday held a protest march to the set of the movie ‘Keedam’ starring Joju George. The Kunnathunadu mandalam committee of Youth Congress led the march to the Puthencruz PWD rest house where Joju’s upcoming film 'Keedam' is being shot.

Meantime, the police blocked the protestors after they approached the Rest House gate chanting slogans against the actor. 'Keedam' is a movie directed by Rahul Riji Nair starring Sreenivasan in the lead role.

In a similar case, the Youth Congress had marched on the set of Prithviraj's ‘Kaduva’ on the previous day. Following these events, the Film Employees Federation of Kerala (FEFKA) has written to Opposition Leader VD Satheesan requesting an end to the march on cinema sets.