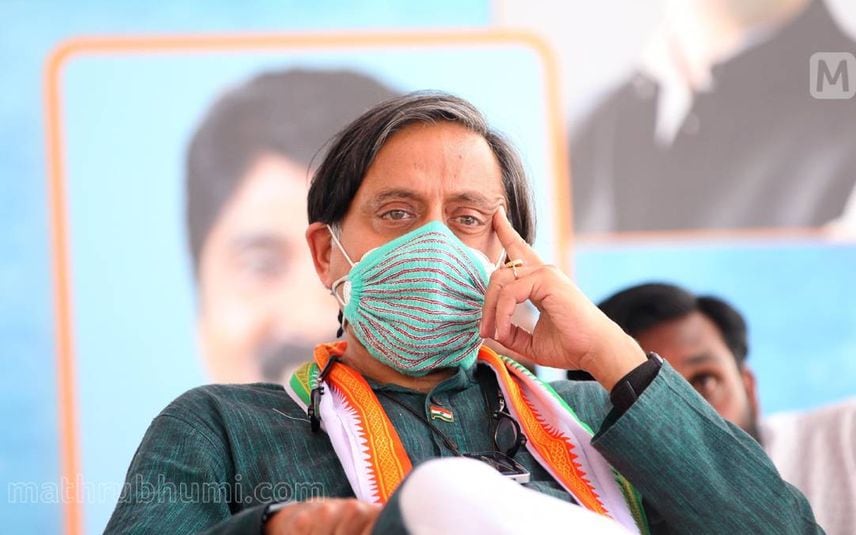 The UDF MPs handed over the petition to the railway minister Ashwini Vaishnaw on Tuesday. Sources say that MPs approached Tharoor to sign the petition but he refused.

Tharoor later explained that his refusal does not mean that he is supporting the project. A decision will be made after studying the project in detail. It requires more discussions, he said.

Congress is organising protests against the flagship project of the Left government, the Silver Line rail project. Oommen Chandy and V D Satheesan on Tuesday reacted strongly against the project. "The quality of the DPR has been questioned by the very same person - Alok Kumar Varma who prepared it. And what's disturbing is it's on the basis of this DPR that Vijayan is determined to go forward, even as people are up in arms against this. Vijayan is now using force against people who are opposing this," said Chandy.

"Vijayan has not given answers to a single question that has been raised by us on this project. All know that for 16 years Vijayan headed the party and blocked all developmental projects and now he claims to be the saviour. Today he is behaving like Prime Minister Modi, who also does not give answers to questions raised. We will cooperate if he comes clean on all that we have raised," added Satheesan.

If completed, the project will set up a 529.45 km corridor connecting Thiruvananthapuram to Kasaragod and the distance will be completed in four hours.