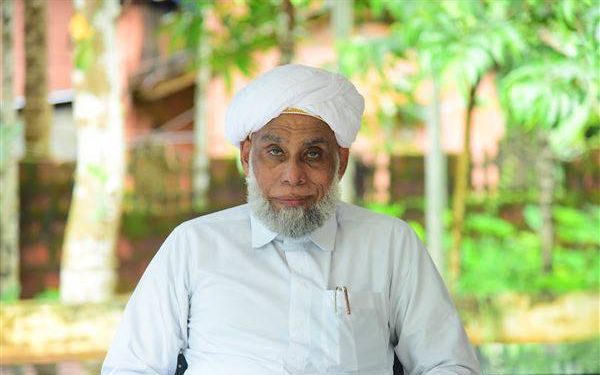 Malappuram: Samastha Kerala Jamiyyathul Ulema president Sayyid Muhammad Jifri Muthukkoya Thangal revealed that he has received death threats. He alleged he was threatened that he would have to face the similar experience of CM Abdulla Moulavi, who was found dead under mysterious circumstances in Kasaragod.

The Samastha president revealed this while addressing a function at Malappuram. He claimed that if he face a similar fate, then those who write against him should be held.

'Moving forward with a great movement is a big challenge. I received several offers. But I am not ready to step back despite what had happened to CM Abdulla Moulavi. I'm not going to step back from what I am doing now. If that is how the death going to happen, then let it be,” he said.

Thangal was ridiculed on social media after he took a stand against the Muslim League's decision on the Waqf board issue. This attack on Thangal came soon after he rejected Muslim League’s decision to stage protests in mosques over the Waqf issue. Following this, the league withdrew from the protests.

Thangal added that Chief Minister Pinarayi Vijayan had called him and expressed his readiness for the talks and that he had faith in the government.

CM Abdulla Moulavi was found dead under mysterious circumstances in sea on February 15, 2010. His family had raised suspicion over his death.