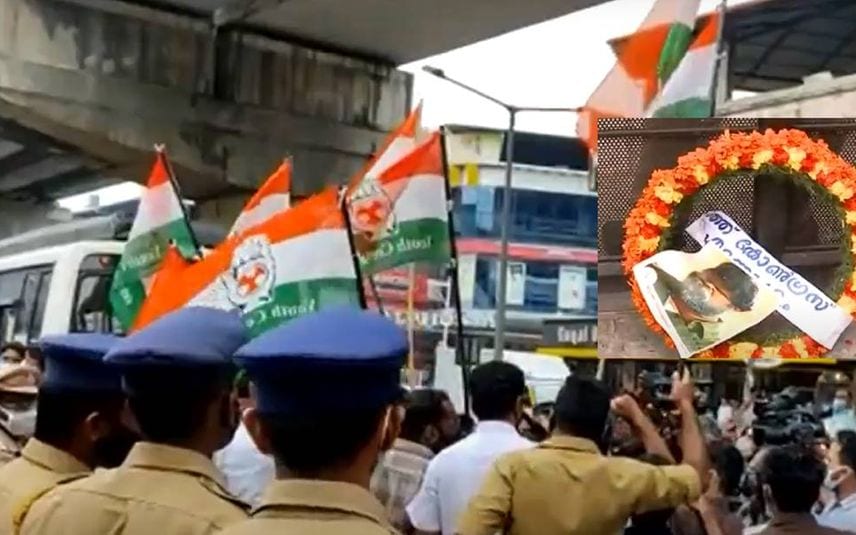 Kochi: Actor Joju George continues to face backlash from Congress after he reacted against the protest organised by the party in Vyttila earlier this month. On Tuesday, Youth Congress held a protest march to Shenoys Theater here and also laid a wreath in front of the theatre alleging that the poster of the movie 'Star' starring Joju is yet to be removed from the premise.

Meanwhile, two more Congress leaders surrendered in Maradu police station in connection with the case for vandalising Joju's car. In the wake of this incident, Youth Congress activists held a march to the Shenoys theatre. They said that the poster of the movie ‘Star’ was not removed despite the film not being screened anymore there.

Recently, Jojo had protested against the traffic block resulted from Congress agitation held in Vyttila. Following this, the actor's car was vandalised by some of the protesters. The accused in the case including former Kochi mayor Tony Chammany and others had surrendered on Monday.