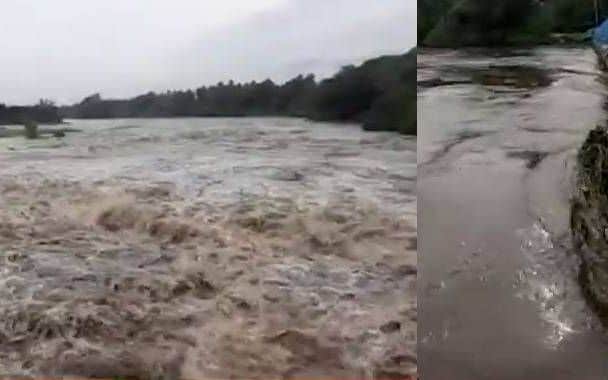 Palakkad: Chittur river in Palakkad overflowed on Thursday after Tamil Nadu opened the Aliyar dam without prior notice. Water levels in the Yakkara river and several other rivers in Palakkad have increased considerably after the water was released from the Aliyar dam.

The dam was opened at 11 PM on Wednesday causing the water level to rise considerably in rivers within hours. Meantime, people staged a protest in response to Tamil Nadu releasing the water despite not providing any prior notice to the authorities. However, Tamil Nadu authorities claimed that they had informed the water resource officers of Palakkad by 10.30 PM and the district collector by 11.30 PM on Wednesday.

The local administration has asked people residing along the banks of the river to stay alert.

Meanwhile, natives, along with municipality councillors, protested against the opening of the dam. Police dispersed the crowd.

Give due recognition to farmers: Mathrubhumi agriculture fair concludes with special resolution

You’ve only one job- to act according to advice of state government: CM ...