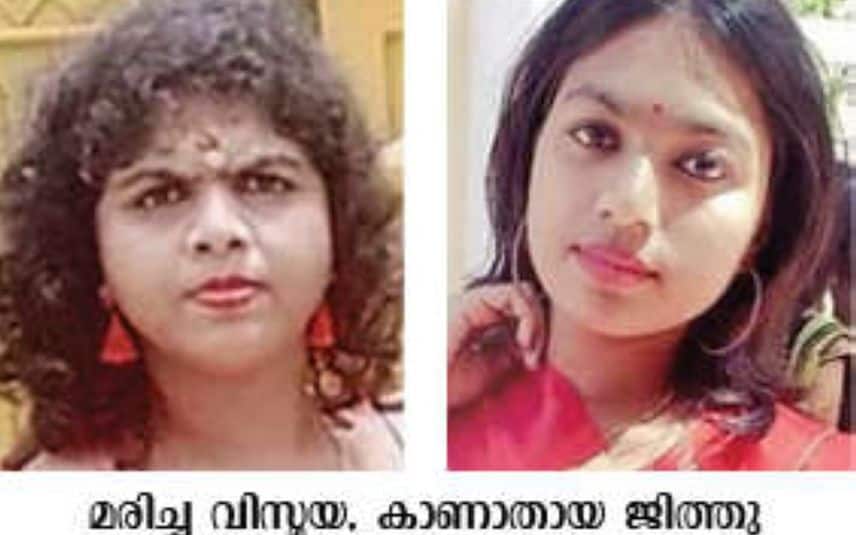 Paravoor: Police have identified the burnt body of a woman found inside a house in Peruvaram in North Paravur on Tuesday. The house owner's eldest daughter Vismaya (Shinchu-25) was found burnt to death in her house under mysterious circumstances, informed police. Meantime, the whereabouts of her sister who went missing after their house caught fire is still unknown.

The body was found completely burnt. The parents have earlier identified that the body belongs to their eldest daughter based on a locket found on the body. However, DNA samples were collected to confirm this. Meantime, police are conducting a detailed investigation into the case and trying to locate Jithu (22).

The fire broke out when the house owner Shivanandan and his wife Jiji went to hospital. The incident took place around 3 pm on Tuesday. Only Vismaya and Jithu were at the house during the incident. The neighbours informed the police after noticing smoke coming from the house around 3 pm. The gate was locked from the inside and the front door of the house was left open. The body was found inside the room which caught fire.

Jeethu was undergoing treatment for mental illness. Police said that she used to be tied inside the house due to her condition. On the day of the incident, Jithu was tied up like this at home. It is reported that the sisters used to quarrel with each other. Hence, the police suspect that a fight between the duo led to the murder.

Police have also recovered CCTV footage showing a girl walking down the road near the house after the incident. Though the girl's face is not completely clear in the visuals, the parents confirmed that the girl is Jithu.