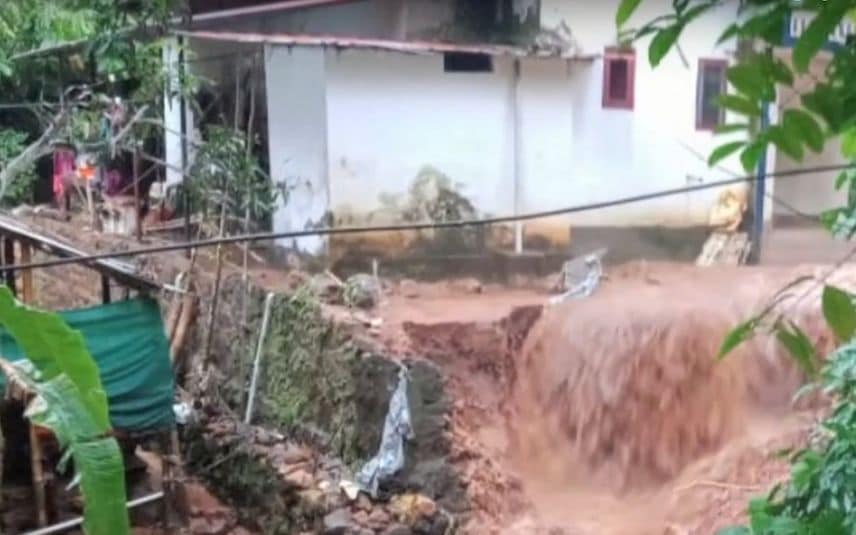 Kottayam: Three houses were flooded after a landslide occurred at Angel Valley in Kanamala here on Thursday evening. No casualties were reported from the scene so far.

The landslide occurred while a CPM meeting was ongoing in the area, and a tragedy was averted as people fled from the vicinity soon after they realised it was a landslide.

Angel Valley is in close proximity to the forest in which the hill shrine of Sabarimala is located. There are indications that the source of the landslide is inside the forest. As a safety precaution, an NDRF team has been deployed to the spot.

Meantime, Kottayam is witnessing heavy rains on Thursday. People are being evacuated from various places as examining chances of a natural disaster.