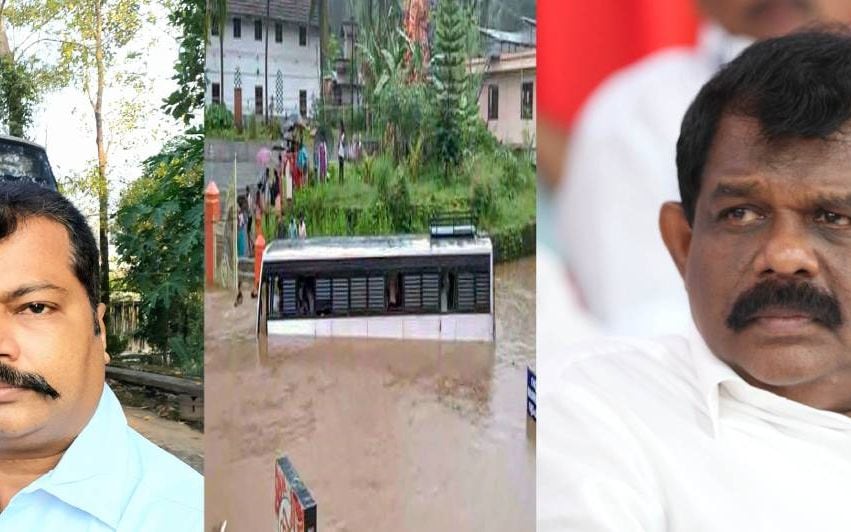 Kottayam: The KSRTC driver who was suspended for recklessly driving a bus through a flooded road the other day responded harshly to the action in a Facebook post. Jayadeep Sebastian of Erattupetta KSRTC depot drove the bus through a waterlogged road in front of St. Mary's Church in Poonjar on Saturday. However, the bus was stopped abruptly causing panic among the passengers.

Later, Transport Minister Antony Raju directed the managing director of KSRTC to suspend Jayadeep for driving the vehicle dangerously through a flooded road and disregarding the safety of the passengers. In response to this, Jayadeep reacted that he was happy with the suspension since his request for leave was turned down by KSRTC.

Jayadeep criticized the authorities and stated that he was trying to save everyone by driving the bus to the premises of the church.

He also posted a video of him cutting his father’s hair, while claiming that he knows other jobs even though he is suspended.

Jayadeep, the unit president of INTUC Erattupetta, was previously involved in other issues which often led to suspension from service. He was also suspended for trespassing into a house and allegedly shooting someone.