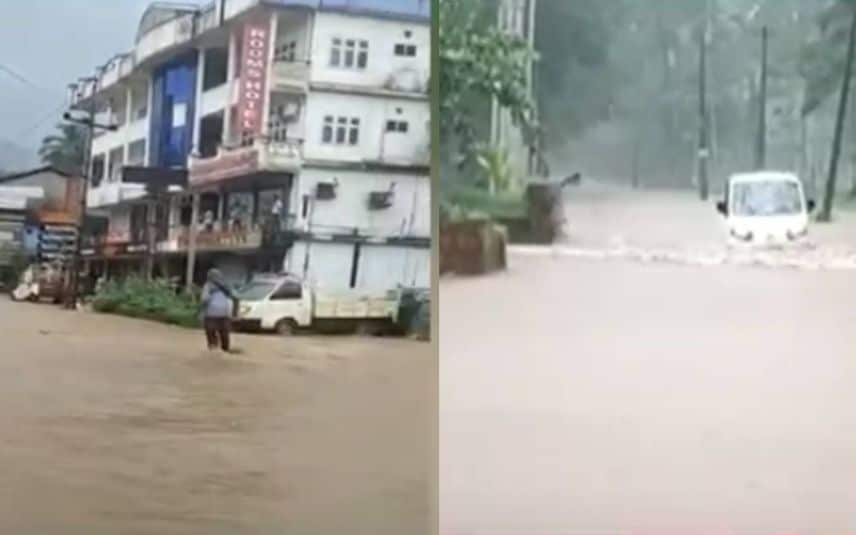 Kozhikode: Heavy rains lashed various parts of Kozhikode district on Tuesday. Reports indicate that there were two incidents of landslides and there is also concern that landslides occurred in forest boundary. Low lying areas in Kuttiadi, Maruthonkara, Kayakkodi and Kavilumpara areas were also flooded.

Meanwhile, the heavy downpour also flooded Adivaram town on Tuesday. It is reported that the landslides in the mountain areas resulted in floodwater entering the town. As a result, several shops in the town are flooded and the traffic on the Kozhikode-Wayanad National Highway came to a standstill. Similarly, heavy rains have caused floods in rural areas too.

Kozhikode town and Kuttiadi region have been receiving heavy rains since Tuesday evening. The heavy rains resulted in flooding in various areas despite the district receiving moderate rain in the last few days.

Kochi: Actor-producer Vijay Babu, an accused in a sexual assault case has decided to step down from the execute committee of Association of Malayalam Movie ..

Thiruvananthapuram: Health Minister Veena George on Monday ordered a probe into the food poisoning incident in Kasaragod. One girl died and 14 hospitalised ..

Kasaragod: A 16-year-old girl died and 14 students were hospitalised due to food poisoning at Cheruvathur here on Sunday. The deceased is identified as ..

Kasaragod: A 16-year-old girl died and 14 students were hospitalised due to food poisoning at Cheruvathur here on Sunday. The deceased is identified as ..

Thiruvananthapuram: Union Minister of State for External Affairs V Muraleedharan arrived at Nandavanam AR Camp to visit PC George who was booked for his ..