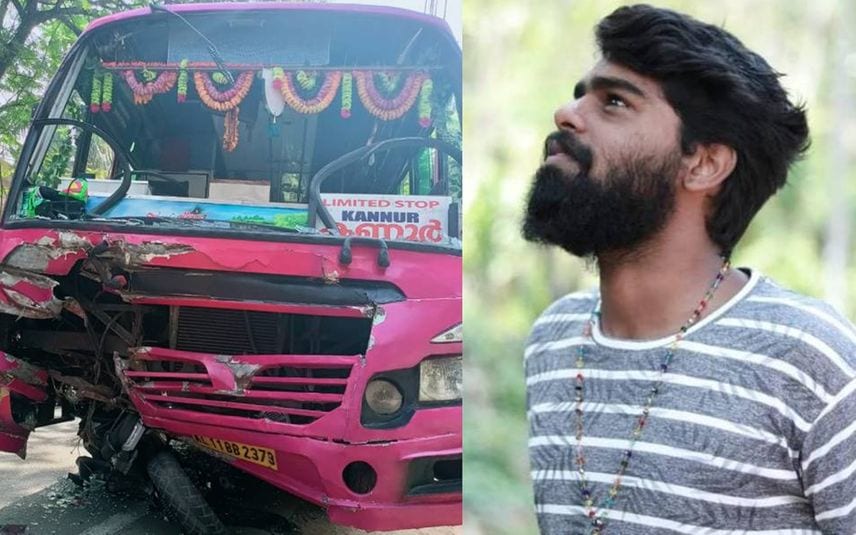 Kozhikode: A youngster was killed after a bike rammed the front part of a bus at Westhill in Kozhikode on Thursday. The deceased was identified as Manikandan (19), a native of Thalakulathur in Kozhikode. Nidhi, a native of Palermala, who was with him on the bike, is in critical condition.

The accident happened in front of West Hills St. Michael's School at 8.45 am. The bus on service from Kozhikode to Kannur collided with Manikandan’s bike which was coming from the city. It is learned that the bus was overspeeding and rammed the bike while overtaking another vehicle.

The bike was completely destroyed in the impact of the crash.