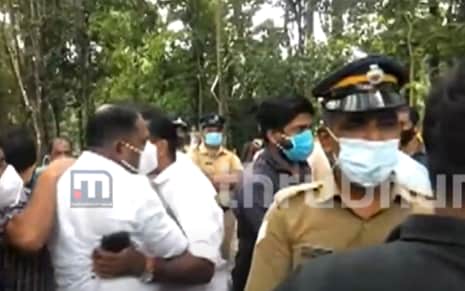 Kottayam: A Youth Congress march to the shooting location of Prithviraj-starrer 'Kaduva' movie in Kanjirappally turned ugly after their march was stopped by workers of another unit of the organisation.

The Youth Congress group that stopped their collegaues from marching to the shooting location said that they had received assurance from filmmakers that the road will not be blocked. Meantime, the protestants also raised slogans against actor Joju George. It may be recalled that the actor had voiced against a massive traffic block last week caused by a protest organised by the Ernakulam DCC.