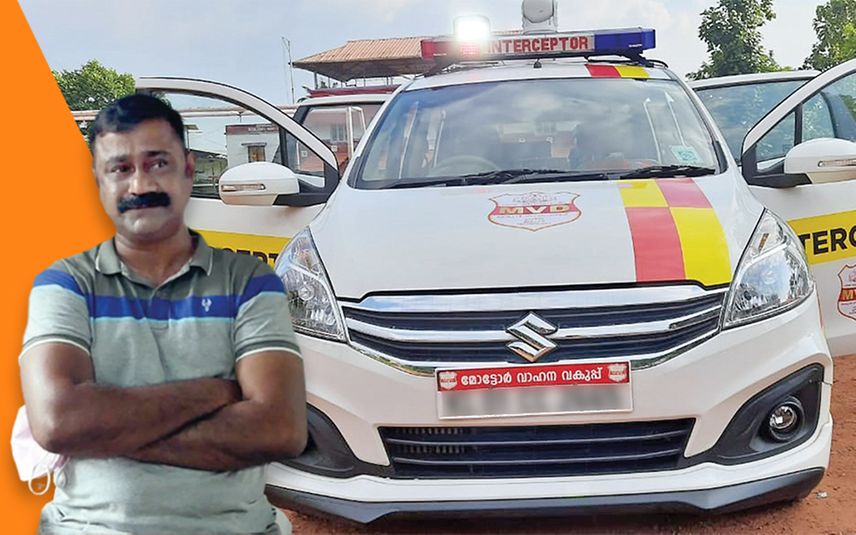 Kannur: An Assistant Motor Vehicle Inspector (AMVI) was arrested on Monday for accepting bribe to issue fitness certificate for a vehicle in Payyannur. PV Prasad, who is AMVI of Payyanur Sub-Regional Transport Office, was caught right-handed by the Vigilance and Anti-Corruption Bureau officers from his office while accepting Rs 6000 from an applicant.

Prasad took a bribe of Rs 6,000 through an agent. Previously, he had demanded Rs 3,000 for a fitness certificate on September 29 and Rs 6,000 in October from other applicants. Kannur Vigilance DySP Babu Peringeth who led the investigation team said that the officer was under surveillance for soliciting money from the applicants for providing vehicle certificates.

The vigilance team was trying to nab him red-handed, but they failed in the previous attempt. Following this, they learned that AMVI asked an applicant to bring Rs 6,000. The vigilance asked the applicant to hand over currency notes coated with phenolphthalein powder. Soon after the AMVI received the money, the vigilance team nabbed him. Prasad initially denied the allegations. But the vigilance carried out chemical test and found him guilty.

Prasad has been working in the motor vehicle department for seven years. The officials also seized printed copies of certificates from him. In a raid at his house, Rs 69,000 and documents including the purchase of land were also recovered. The vigilance team said the money would be seized by the government if he could not produce sufficient documents.