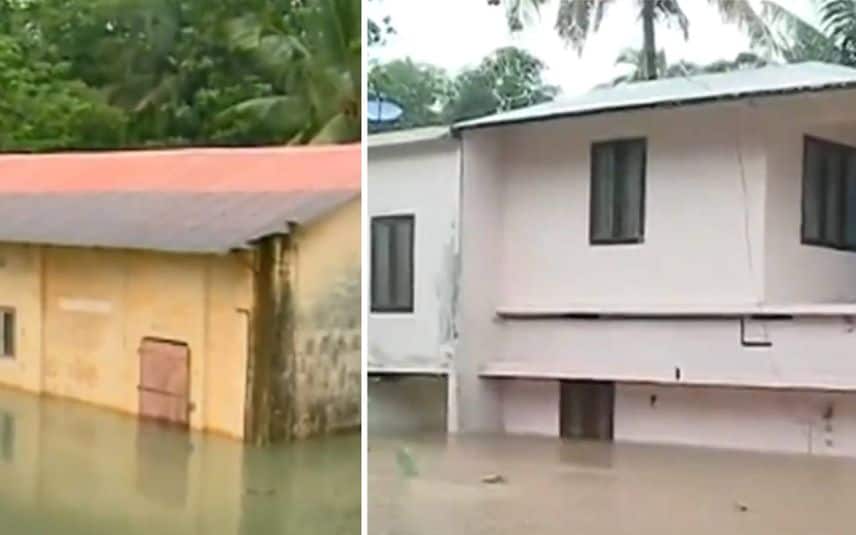 Thiruvananthapuram: As the cyclonic circulation is expected to prevail over the east-central Arabian Sea for two more days, heavy rain will continue in Kerala. The IMD predicted that a low-pressure area is likely to form over the Bay of Bengal on Wednesday.

The government has completely banned travel during night to hilly areas in the wake of heavy rains. The travel ban is from 7 pm to 7 am.

All district authorities are alerted to stay vigil and take necessary precautions. Currently, 13 districts except Thiruvananthapuram have received rain warnings from the IMD office.

Minister K Rajan informed that six NDRF teams have been deployed in Pathanamthitta, Idukki, Alappuzha, Ernakulam and Kottayam districts and there is no need to panic.

Arrangements have been made between the various departments and agencies to deal with any unfortunate accident or natural calamities. Currently, 622 people have been relocated to 27 relief camps.

Efforts are also being made to relocate people living in high-risk areas. The minister said that collectors in various districts have been directed to provide more facilities as there is a warning that heavy rains are likely to continue in the state.

Meanwhile, the water level is rising in the Chalakudy river and the canals adjoining the river are also overflowing. The shutters of the Peringalkuthu dam are opened and excess water is being released. Due to the rise in water level, the visitors are restricted from entering Athirappilly region.

The shutters of the chimney dam have also been raised. The four shutters are raised by 7.5 cm each. Earlier it was raised by 5 cm. In the wake of this, people who are residing close to the banks of the Kurumali river are asked to stay vigilant.

The weather department and the State Disaster Management Authority (SDMA) has issued orange and yellow alerts for various districts -- like Kozhikode, Palakkad, Malappuram and Wayanad -- of Kerala in the coming days up to October 15.