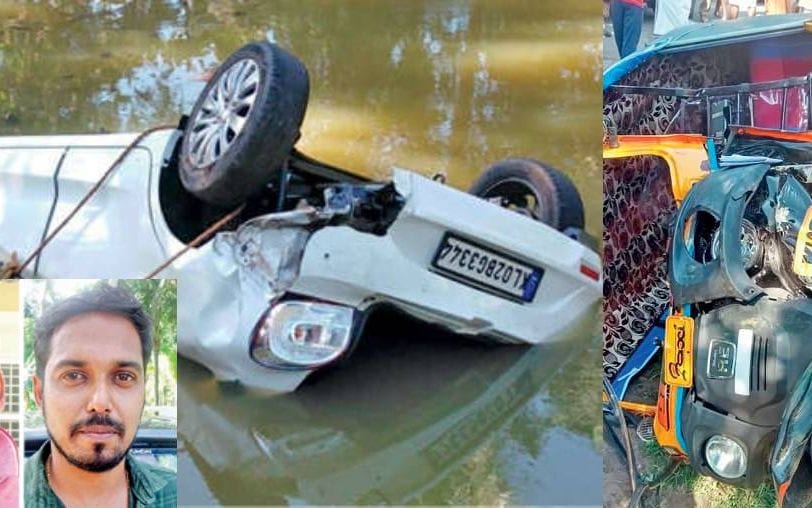 Thevalakkara: Two fire force personnel who were on off-duty turned saviours for a family who met with a road accident on the state highway in Kollam here on Sunday. The timely action of the two officials saved a woman and her son from drowning in a pond. Anu S Nair (40) and her son Sanalkumar were rescued by the two fire force officers who were passing by to attend a function.

N Naufer and MS Mithun who witnessed the accident jumped into the pond and rescued the woman and her son.

The autorickshaw driver Vinod (38), passengers Sreeja (47), her son Shravan (10), Sushila Devi (73) and Noufal(33), driver of the other autorickshaw were injured in the accident.
The injured were rushed to the hospital.