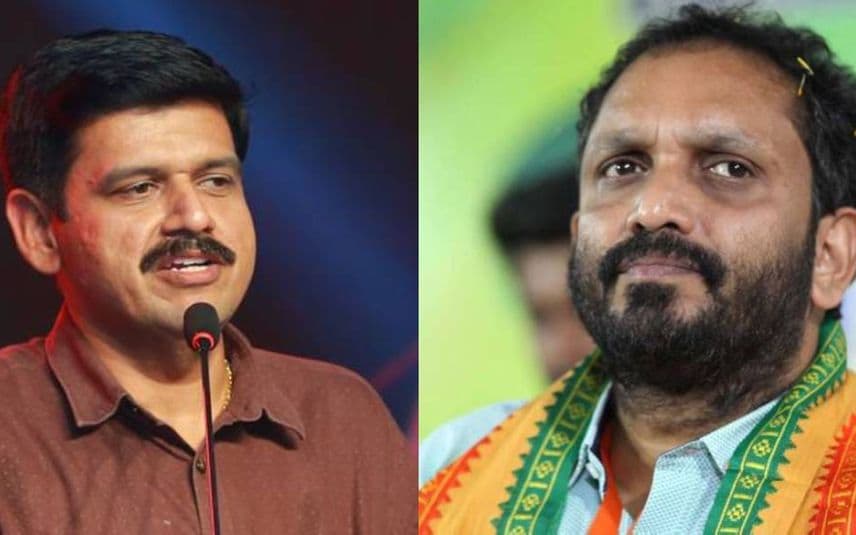 Thiruvananthapuram: BJP state president K Surendran on Sunday slammed party spokesperson Sandeep Warrier's stand on the halal controversy. Surendran alleged that terrorist forces were working behind halal food in the state. Following this, Sandeep Warrier came forward clarifying his earlier stand over BJP’s campaign against halal food and stated that he is removing his Facebook post that had cut the BJP off.

Surendran told the media that the emergence of halal boards was not guileless and that there was a definite agenda behind the creation of halal culture. Meantime, the state leadership criticized Sandeep Warrier for his stance that differ from the party's stand on the matter. BJP state secretary P Sudheer said the stand taken by party office-bearers on such issues should be in line with the party's stand.

With this, Sandeep Warrier clarified that he is withdrawing the post. In a new Facebook post that followed, Sandeep clarified that he had taken such a stand after it came to attention that there were organized social media attacks on a prominent restaurant in Kozhikode by religious fundamentalists. He added that his stance was misinterpreted by the media.

Parallel Telephone Exchange: More than 10,000 calls made to J&K accused ...