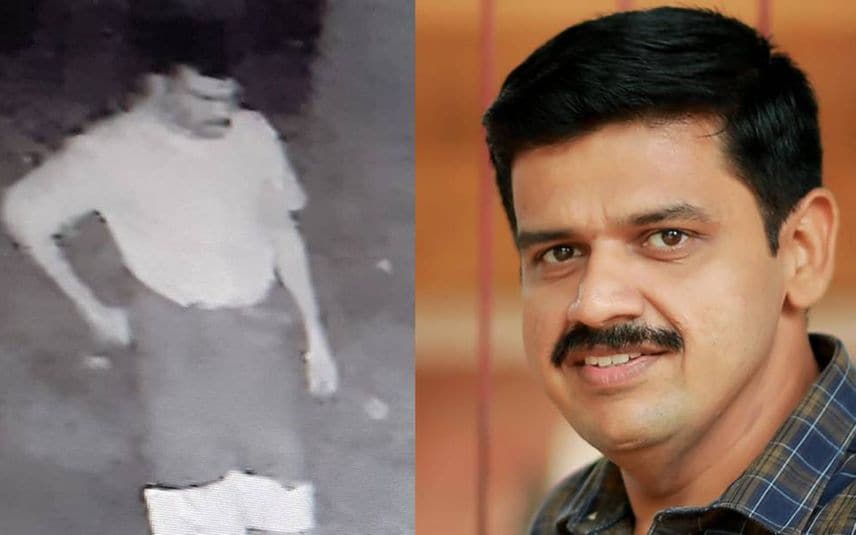 Palakkad: A stranger trespassed into the residence of BJP spokesperson Sandeep G Warrier at Chethalloor here on Sunday morning. Sandeep Warrier's parents were the only ones present in the house during the incident. Visuals of the incident was recorded in a CCTV camera installed on the premises.

"CCTV footage showed a stranger trespassing into the house where my elderly parents are residing. My father has lodged a complaint with the police asking them to investigate as we are facing death threats," Sandeep Warrier wrote on Facebook, sharing the CCTV footage.

Earlier, it was reported that Sandeep had received death threats. However, the CCTV footage doesn’t give a clear picture of the intruder, and his face is not clear enough. It is also not clear why he trespassed into Sandeep's house.

Sandeep’s stance on the halal food controversy involving the Paragon hotel in Kozhikode had irked several BJP leaders including their state president K Surendran. However, Sandeep deleted the Facebook post on Sunday after BJP leaders came out against the post.

Following this, Sandeep Warrier claimed that his Facebook post was against the campaign against Paragon hotel and his points were misinterpreted by the media. Interestingly, the post was withdrawn after K Surendran stated the party's stand earlier on Sunday.