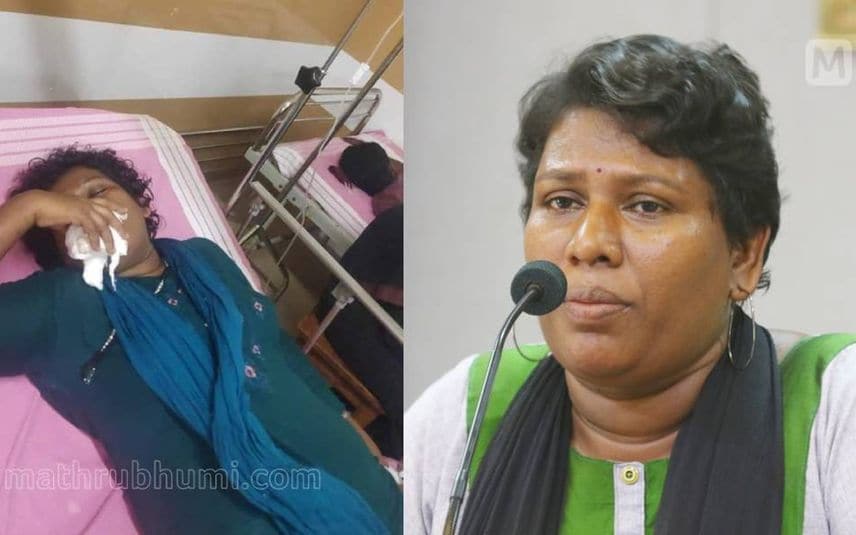 Kozhikode: Activist Bindu Ammini on Sunday alleged that the road accident was a planned move by the Sangh Parivar to kill her. She had a narrow escape after an autorickshaw hit her while walking home on Saturday night.

It is also learnt that she has been referred to Kozhikode Medical College for further treatment due to a head injury. Meantime, the police have registered a case under Section 307 (attempt to murder).

Bindu Ammini said that the assassination attempt was made on the instructions of the Sangh Parivar.

"I have been facing attacks and murder attempts for a long time. It was around 9.25 pm on Saturday, I was hit by an auto-rickshaw while returning home after closing the textile shop," said Bindhu.

Bindu added that the way the accident happened gives a clear picture that they were attempting to kill her.

She was later shifted to the hospital after a passerby noticed her on the road. She is hopeful that the CCTV footage from the area would be able to reveal the identity of her assailant.