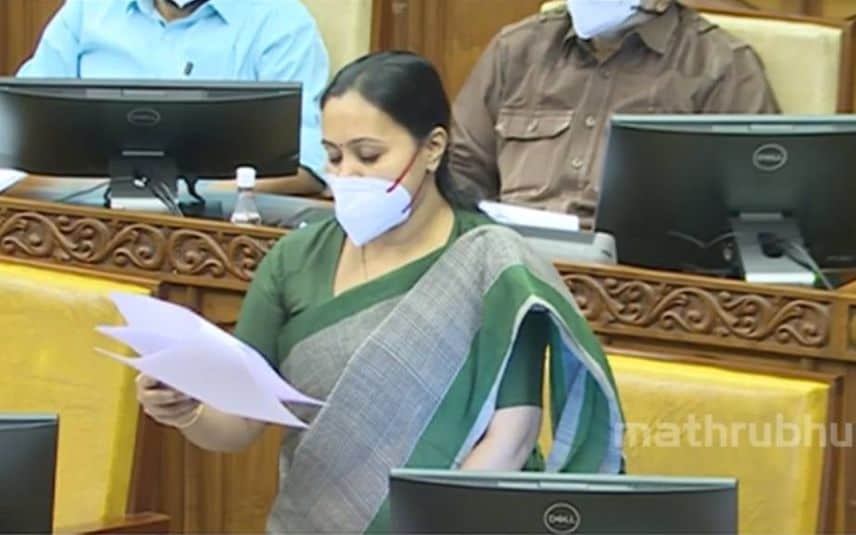 Thiruvananthapuram: In connection with the case related to Anupama's missing baby, the government is of the stand that there was no lapse on the part of the Child Welfare Committee in the adoption procedures. Health Minister Veena George made this clear in the Assembly that the decision to adopt the child was made as per the law.

Veena George also stated that the complaint lodged by Anupama is being investigated.

The minister explanation came after Vadakara MLA KK Rema raised an adjourniment motion in the assembly. KK Rema said that the displacement of a child was a serious mistake of the authorities.

The Opposition demanded that the matter be discussed in the Assembly and argued that there was a failure on the part of the Child Welfare Committee in the matter.