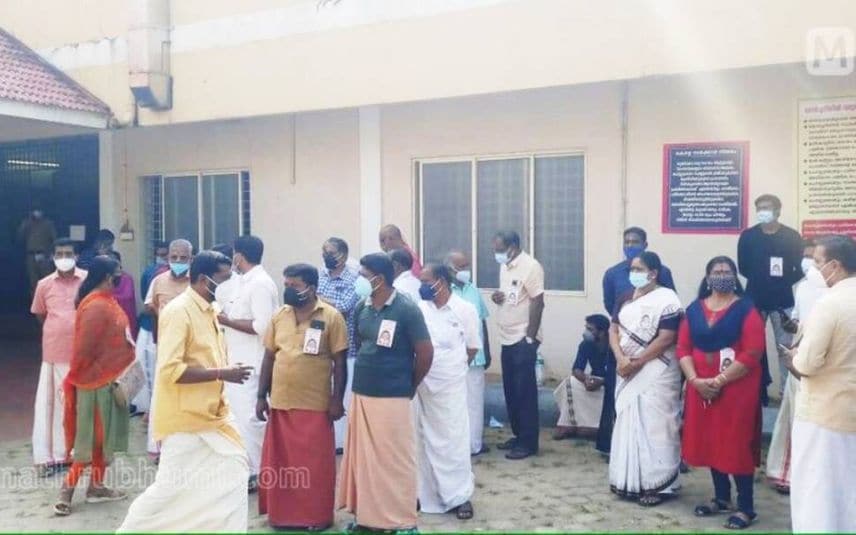 Alappuzha: The all-party meeting scheduled to be held on Monday to ensure peace in Alappuzha district in the wake of the political murders has been postponed to Tuesday. The meeting scheduled to be held at the Alappuzha Collectorate was postponed after BJP leaders informed their inconvenience to attend the meeting. They also declared that they will boycott the meeting alleging disrespect to the slain leader's body.

Meantime, the body of the slain BJP leader Renjith Sreenivasan was released after the post mortem procedures.

Earlier, it was announced that the meeting would be held at 3 pm on Monday. Later, it was rescheduled at 5 pm for the convenience of all parties involved. However, the BJP leadership stated that they will boycott the meeting citing that the authorities have shown disrespect to the body of the leader. BJP alleged that the state government has shifted the meeting to 5 PM without consulting them.

Meantime, BJP leadership said that they do not oppose the all-party meeting aimed at bolstering peace in the district. However, the conditions are not favourable for them to attend the meeting on Monday.