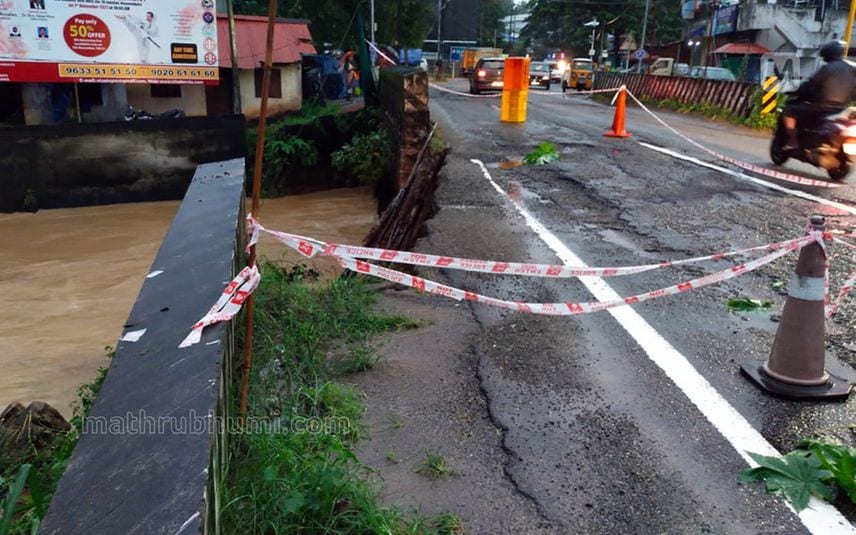 Rail traffic was affected as mudslide occurred on the railway tracks in three different places on Thiruvananthapuram-Nagercoil route. Mudslide was reported at two locations on Eraniel-Kuzhithura route and at one place between Neyyattinkara and Parassala.

Sidewall of Maruthoor bridge at Koottappana in Neyyattinkara collapsed. The approach road also was damaged and caved in. With this, the vehicles going to Thiruvananthapuram and Nagarcoil are diverted via Olathanni. The district collector urged the people in Thiruvananthapuram to stay alert as heavy rain is predicted and to avoid unnecessary travel.

Meanwhile, the shutters of Aruvikkara dam was raised to 220 centimetres as the water level increased. Heavy rain continues in the coastal areas also. Several shops in Vizhinjam fisheries land were waterlogged in the rainfall at night. Fishing equipment also were damaged.

The India Meteorological Department (IMD) informed that a new low pressure will form over Andamans within the next 12 hours. It will reach middle-east Bay of Bengal within two days and may intensify into a deep depression. A cyclonic circulation is still existing over the Arabian Sea. People of southern districts in Kerala should be more vigilant, the IMD warned.