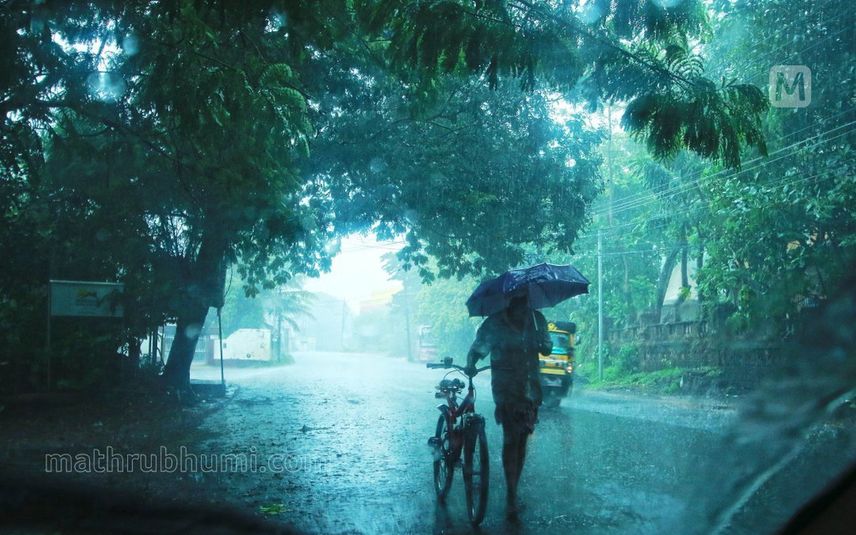 Thiruvananthapuram: The rain havoc in the state continues unabated causing damages in several places. Rain did not recede in Pathanamthitta, Alappuzha and Kollam districts. As water level rose, Idukki and Kakki dam shutters were opened on Monday. However, Mullaperiyar dam was not opened due to a decline in water flow.

A man who went fishing in the Neyyar reservoir at Agasthyavanam in Thiruvananthapuram was washed away in flash flooding. The deceased was identified as R Ratheesh (27) who resides in tribal settlement at Kottoor.

In another mishap, a woman who went to take a bath in Neyyar river went missing in the heavy current. She was identified as Omana (58) of Thekkevila house at Kanchampazhanji. She was washed away by the current near Mavilakkadavu bridge at Poovar.

Alappuzha-Changanassery road and Ambalappuzha-Thiruvalla roads were waterlogged. Kumbazha, Omallur, Kadakkad and Pandalam which are on the banks of Achankovil river were submerged in water.

Kallada river and Pallikkal river overflowed in Kollam district. The rising water level in Ashamudi lake resulted in flooding in many places including Kollam municipality. About 500 families were relocated in view of flood.

A yellow alert is sounded in Kottayam, Idukki, Ernakulam, Thrissur, Malappuram, Kozhikode, Kannur and Kasaragod districts. It is learnt that the rain is moving northwards.

Tuesday has been declared holiday for educational institutions in Kottayam, Pathanamthitta, Alappuzha and Kollam. MG University postponed all exams scheduled on Tuesday. Revised dates will be informed later.