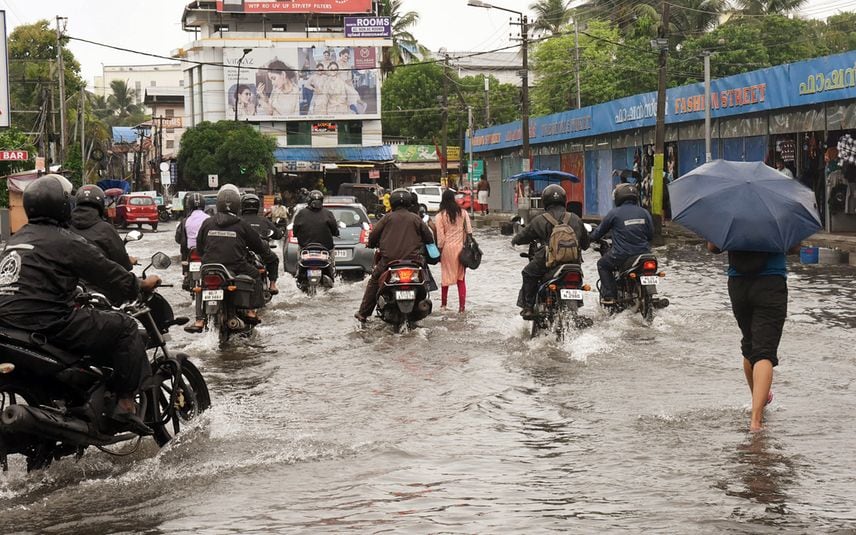 A view of waterlogged road in Kochi. Photo: ANI

Thiruvananthapuram: The India Metrological Department has predicted heavy rainfall in Kerala for the next 5 days. IMD has sounded orange and yellow alert in various districts in view of the heavy rainfall.

Fishermen are advised not to venture into sea till May 23.

“Squally wearher with speed reaching 40-50 kmph gusting to 60 kmph is likely to prevail over along and off Kerala coast. Fishermen are advised not to venture into sea,” reads the IMD warning.

A yellow alert means heavy rainfall between 6 to 11 cm.

The State Disaster Management Authority (SDMA) has asked people to stay away from rivers and other water bodies until the rains subside.

The SDMA has also asked people not to travel to hilly regions unless it's an emergency and to avoid night travel until the rain subsides.

The district administrations have also warned the people against staying near coastal areas of high tide.