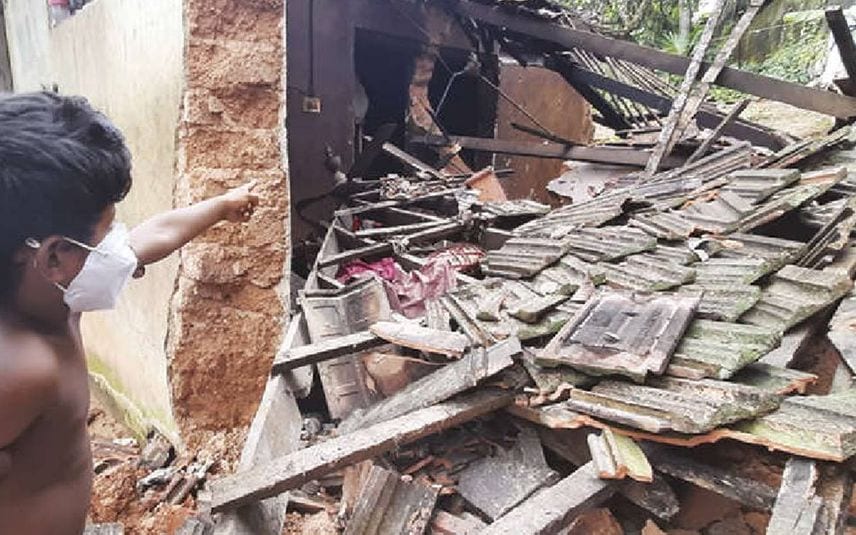 Thiruvananthapuram: A five-year-old boy had a narrow escape after a house collapsed at Vattiyoorkkavu here on Saturday. Vaishnav, son of Vinod hailing from Vattiyoorkavu, had a miraculous escape from the debris of the collapsed house.

The incident took place around 3.30 pm on Saturday. The walls made of bricks and the tiled roof collapsed.

Vinod, his wife Anitha and children Vinayan, Vishnujith and Vaishnav have been residing at the house owned by his mother Sankuthala. The house was in a damaged condition following the heavy rains.

Vinod was drawing water from the well when the accident took place. Anitha was in the bedroom in the front area and Vinayan and Vishnujith were in the courtyard. Vaishnav was left alone in the bedroom close to the kitchen.

The walls of the room where Vaishnav was sitting suddenly collapsed and its roof also caved in with a loud noise. Only a part of the wall in the room is remaining now.

Vinod rushed to the room and rescued his son after clearing the debris. Some items in the kitchen and furniture in the house were damaged. It is learnt that the remaining part of the house is about to collapse.