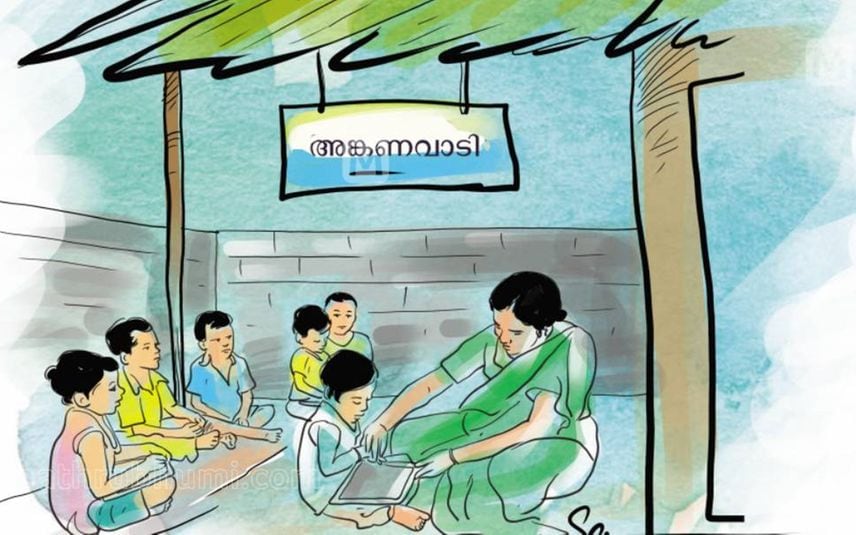 Kochi: The union government has identified 203 Anganwadis in the state to be included in the 'Anganwadi on demand' scheme. However, the LDF government has refused to implement the scheme due to the state's current financial crisis.

The union government introduced the project after people's representatives, local self-governing bodies, and voluntary organizations constantly demanded starting of new Anganwadis. However, the Women & Child Development Department, Kerala, claimed that it is not possible to introduce new Anganwadis due to the current financial situation. Child Development Scheme Officers have been tasked to inform the local self-government bodies about this.

However, it was suggested that Anganwadis, which remained closed for some time, could be relaunched if necessary.