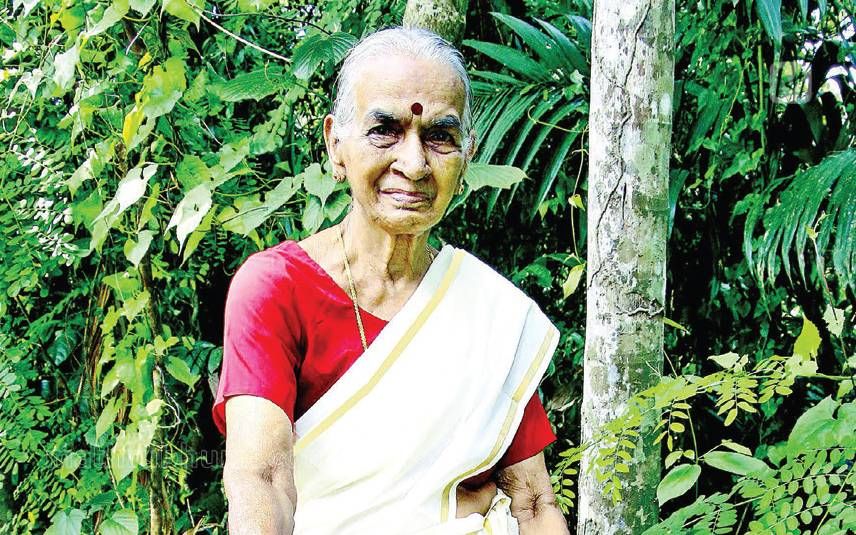 Muhamma: The first postwoman of Kerala KR Anandavalli passed away at the age of 90. The elderly people in Alappuzha still recollect Anandavalli, who hurriedly rode her bicycle with letters loaded on its carrier. Seeing a woman delivering letters and couriers was one of the rarest sights to behold in the 1960s.

After completing graduation, Anandavalli pursued her passion to become a postwoman with the permission of her father. At first, she became a temporary staff at a nearby post office. Later, she started to dispatch couriers after clearing an exam conducted by India Post.

Anadavalli’s first salary at the post office was Rs 97.50. She had also served as a clerk and postmaster in different post offices in Alappuzha. She retired in 1991, while working in Muhamma post office. Even in her last days, Anandavalli had preserved the bicycle which her father presented for serving her official duty.

Anandavalli, who was the eldest daughter of Kunneparambil KR Raghavan Vaidyar, had completed her matriculation from SDV High School and graduation in commerce from SD College. Her husband was late VK Rajan. She is survived by her children R Dhanaraj and Ushakumari.