We are bothered about lost properties of Waqf Board, not recruitment: AP Aboobacker Musliyar 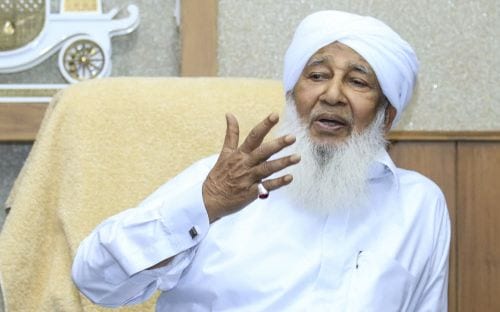 Thiruvananthapuram: Reinstating the support for the government in the Waqf Board recruitment controversy, AP Samastha general secretary Kanthapuram AP Aboobacker Musliyar on Tuesday said he is more concerned about the 'lost' properties of the Board than the recruitment. He was hinting at the allegations that IUML leaders grabbed the ownership of certain land of the Waqf Board during the UDF rule.

"No one shall be allowed to grab Waqf properties. It has to be reinstated. Some are not bothered about it. They try to confuse people by creating chaos. We have told the chief minister our opinion on handing over the recruitment to the Board to the state PSC."

Who is recruiting is a non-issue. Muslims must not be sidelined if it happens, like many other instances. It has to be dealt with caution, he added.

UDF constituent IUML had organised a huge rally at Kozhikode last week against the move of the government to hand over the Waqf recruitments to the PSC. However, the EK faction of Samastha that is close to the Muslim League, met Chief Minister Pinarayi Vijayan and decided to stay away from protests. CM assured them that the government is willing to reconsider the move. Pinarayi then came down heavily on League for organising the demonstration.