Voters started reaching polling stations by 6.30 am itself. As per latest statistics, Wayanad district has recorded the highest polling percentage. 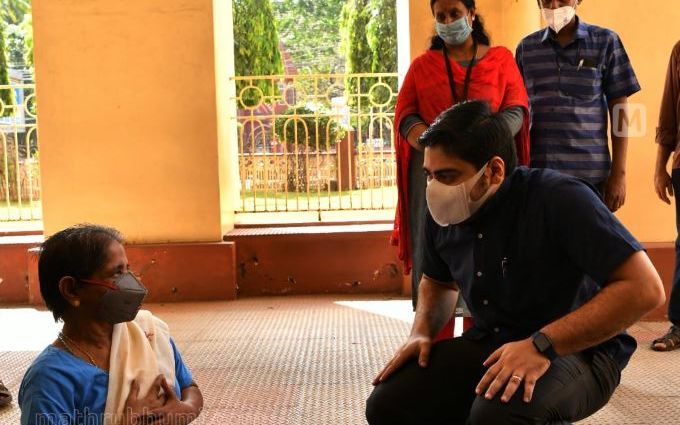 Thiruvananthapuram: The second phase of Kerala's civic polls in five central districts is seeing a very enthusiastic response from the electorate. Until 4 pm, there has been a 70 percent turnout.

Long queues were seen in the polling booths since early morning. Voters started reaching polling stations by 6.30 am itself. As per latest statistics, Wayanad district has recorded the highest polling percentage.

On Thursday districts of Kottayam, Ernakulam, Thrissur, Palakkad and Wayanad went to the polls. The first phase of polls was held on Tuesday.

Some untoward incidents also happened in the voting held amid Covid pandemic. A voter collapsed and died while waiting in line to cast vote in Mananthavady in Wayanad.

Technical glitches in Electronic Voting Machines in some polling booths were reported in the initial hours of voting in many places including Kochi, Palakkad and Kottayam.

Voting was delayed for almost 2 hours in a polling booth at St Sebastian School in Palakkad due to glitches in EVM. Thrice the machine was replaced and those were again faulty. Meanwhile, voters protested and some returned without casting a vote. After replacing the machine for a fourth time, voting finally began at around 9 am.

EVM glitches were also reported in ward 16 of Kanjirappally and ward 14 of Paippad in Kottayam.

In Kuttikal of Mundakayam in Kottayam, the voting began at 6 am leading to controversy. After 17 voters cast their votes, the process was stopped. As instructed by Collector the 17 votes cast before 7 am was removed. These voters will be given another chance.

Actor Mammootty, a resident of Ernakulam district along with his wife and actor son Dulquer Salman failed to vote as their names went missing from the voters list, as they had moved their residence.

Former top bureaucrat turned short story writer N. S. Madhavan after casting his vote at a booth in Ernakulam said the voting pattern in the civic polls has a different picture as it's mostly concerning local issues.

The most keenly awaited contest will be the one at Ernakulam where the ruling CPI-M led Pinarayi Vijayan's Left Democratic Front is determined to wrest the Cochin Corporation, which for the past two terms are with the Congress led UDF.

Likewise in Kottayam, it's a do or die battle between once close aides and belonged to the Kerala Congress (Mani). Today that party is deeply divided and the faction led by Jose K. Mani, son of late KM Mani has switched his allegiance and is now an ally of the Left and the other faction led by party veteran PJ Joseph and his faction is with the Congress led UDF.

"The traitors of Mani sir will be given a fitting reply by the electorate," said Jose, while Joseph said he is supremely confident of his party doing extremely well and Jose's faction will bite the dust.

Considerable interest is coming up at Palakkad, where the BJP is expecting to do well, as they consider it as one of their strongholds.

Left convenor and also the CPI-M state secretary A Vijayaraghavan said there is no doubt of the outcome as they are going to come out with winning colours.

Congress legislator Anil Akkara has approached the State Election Commission with a complaint against State Local Self Government Minister AC Moideen, who is understood to have cast his vote at 6.56 a.m.

The official polling time is from 7 am to 6 pm, with the last one hour kept for Covid positive patients and those in quarantine, who all will have to come in PPE kits.