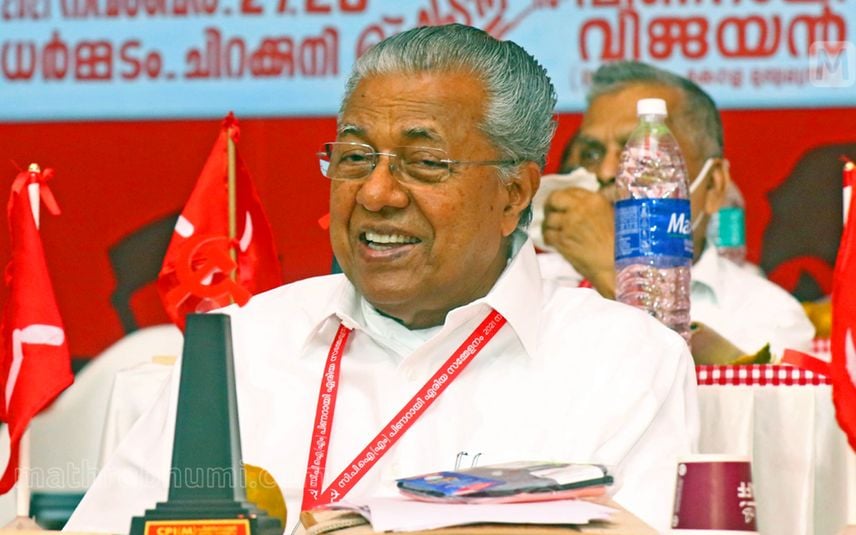 Thiruvananthapuram: Kerala was ranked fifth in the country and first among southern states in the Good Governance Index (GGI) published by the central government, Chief Minister Pinarayi Vijayan said on Thursday.

"Kerala has been ranked 5th in the #GoodGovernanceIndex & made huge improvements in many areas including the ease of doing business and industrial growth, and also ranked 1st among southern states. This reflects the progress achieved during the last five years," he tweeted.

Later, in his Facebook post, the CM said that Kerala, which recorded significant progress in the commercial and industrial sectors, increased its Ease of Doing Business Implementation score from 44.82 to 85.00.

Except Punjab, Kerala was the only state to improve its score in such a significant manner, he added.

Besides improving its Ease of Doing Business Implementation score, the state also improved its scores in human resource development, skills training and employment availability ratio, he said and added that Kerala topped in the public health and environmental sectors.

The state also came second in the judiciary and public safety categories and third in the social welfare development category.

Vijayan noted that these achievements reflect the benefits of the changes made by the government to improve governance and make it more transparent and popular while the GGI ranking indicates that the changes were accelerating the state's progress.