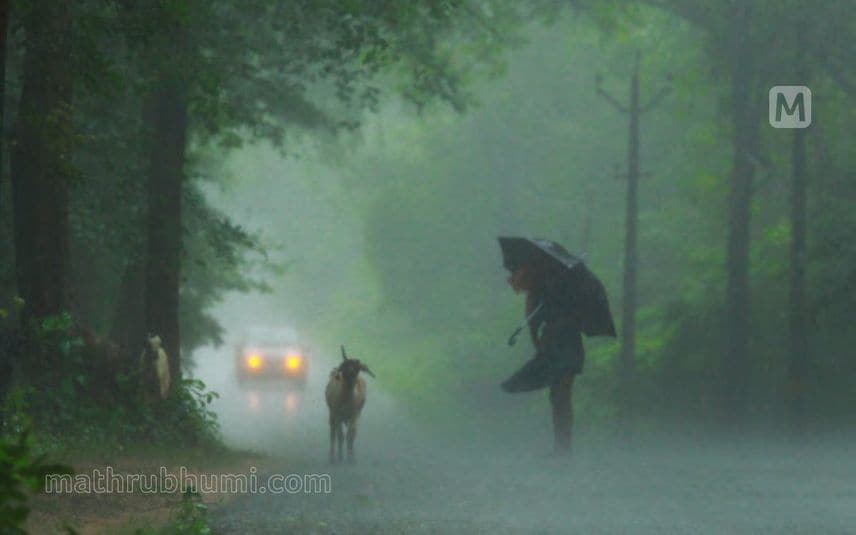 Thrissur: Amid the heavy rainfall battering various regions of the southern state of Kerala, three pregnant women who were stranded in a forest during the downpour were rescued by officials on Friday.

The women were stranded in the middle of the forest during heavy rains and were later safely shifted to the colony with the help of the forest department and police.

One out of the three women gave birth to a baby girl in the forest as she refused to go to the hospital. The new mother and the baby are safe. The other two expecting mothers are six and seven months pregnant.

A team led by the District Medical officer convinced the trio and later shifted them to Chalakudy Taluk Hospital.

The team rescued them using a flatboat and covered a two-kilometre adventure through the Peringalkuth Reservoir.

Kerala Health minister Veena George took note of the incident and congratulated the team who rescued the pregnent women.

Earlier, in view of heavy rainfall, the State Water Authority of Kerala on Friday opened four shutters of the Malampuzha dam and also issued a warning for those living close to the banks of the Mukkaipuzha, Kalpathipuzha, and Bharathapuzha rivers.

As per the rule curve, the capacity of the dam is 112.99 meters. The situation is not alarming at present but the shutters were opened and raised up to 5 cm in view of the heavy rains.

The India Meteorological Department (IMD) has predicted widespread rains in Kerala from August 4 to 8 and warned that the state can expect isolated extremely heavy rainfall over its Ghat regions.

The water level in all major rivers across Kottayam and Pathanamthitta are rising fast and people are being evacuated to relief camps.

Over 2,000 people are in relief camps across the State.

Till now, six deaths have been reported in Kerala due to heavy rains.

Earlier on August 4, the shutters of Sholayar and Peringalkuthu Dams were raised and the Chalakudy river is in spate.

Chief Minister Pinarayi Vijayan has urged people living on the banks of the Chalakudy river to move out as the water flow is likely to increase by evening. He said that those living in the low-lying areas of Thrissur and Ernakulam districts to be cautious.

Due to the rains, the Idukki district has declared a holiday on Friday for educational institutions.Teams of the National Disaster Response Force (NDRF) have been deployed in areas in the state likely to be hit by landslides and floods and air and naval forces put on standby.

Earlier in the month of July, the Kannur and Kasargod districts witnessed heavy showers with the rivers of Kasargod overflowing.

Several houses in Kannur collapsed and got partially damaged due to the inundation of rainwater inside. One family had to be shifted from the Payannur municipality due to the overflow.

Kuttiadi coconut park will soon be a reality

Velam: After decades of uncertainties, the ...

Kerala not the only state paying 25% of land acquisition cost for NH development: ...