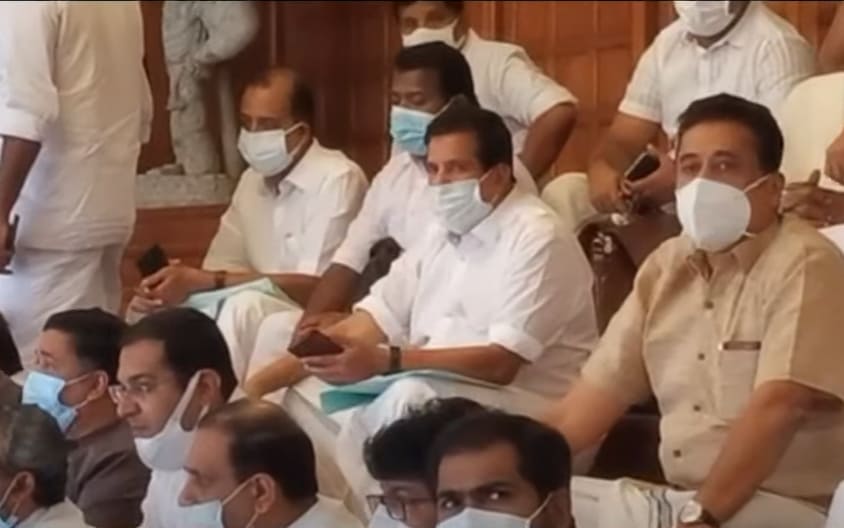 Thiruvananthapuram: The Speaker of Kerala Legislative Assembly, MB Rajesh, denied permission for an adjournment motion moved by the Opposition.

The Opposition served a notice for adjournment motion requesting to discuss the statement of the accused in the gold smuggling case revealing the chief minister’s role in dollar smuggling. Soon after the permission was denied, the opposition boycotted the assembly and staged a sit-in-protest in front of the entrance.

Meanwhile, opposition leader V D Satheesan asked whether they should discuss the topic somewhere else. The issues like self-finance, Sabarimala verdict, Kodakara hawala case and similar matters were discussed in the assembly. But why the government takes a different stance only on this matter, he asked.