Kerala politics heats up as parties use cases, probes as weapons against each other

The major weapon against the LDF will be the investigation by the central probe agencies. Cases against MLAs KM Shaji, PT Thomas and MC Kamaruddin are the trump cards of LDF. 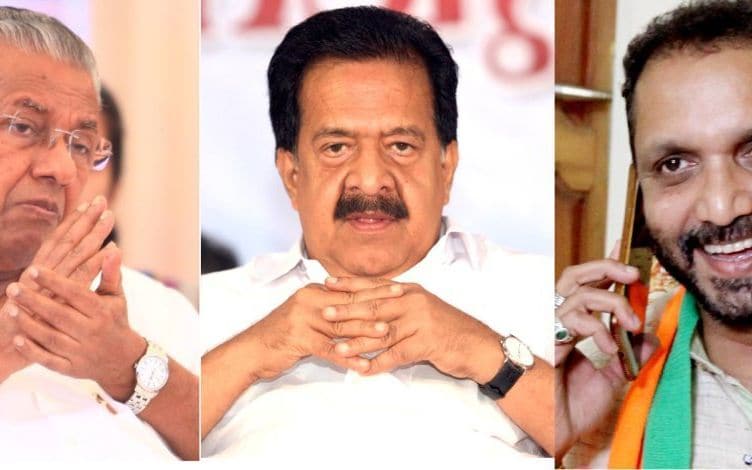 Thiruvananthapuram: With the elections round the corner, political parties in Kerala are using cases and investigations as tools against the opponents.

As the central probe agencies are surrounding the government in connection with the gold smuggling case, UDF and BJP are confident and relieved. However, cases against UDF MLAs and recent developments in the sensational solar case are helping the LDF too.

The major weapon against the LDF during the upcoming local body and assembly polls will be the investigation by the central probe agencies. As the government intensifies the cases against the UDF MLAs, the war of allegations in politics is gradually switching to legal battles. Meanwhile, the solar case accused came up with fresh complaints against the Congress leaders.

Cases against MLAs KM Shaji, PT Thomas and MC Kamaruddin are the trump cards of LDF. Vigilance will be investigating against PT Thomas in connection with black money deals in land transactions. The misogynist remarks made by Mullappally Ramachandran against the solar case accused also led to a case. Earlier, the Women's Commission also came up against the KPCC president for the controversial remark.

Amid this, the solar case accused herself filed a complaint on the matter. She also filed a sexual abuse complaint against KPCC general secretary K P Anil Kumar. Following the cases, the opposition leader said that the government is using cases as a political tool and that the DGP was helping them.

Ramesh Chennithala also raised allegations against the DGP regarding misappropriation of police modernization fund. He stated this in order to prevent police from acting as a political tool of the government.