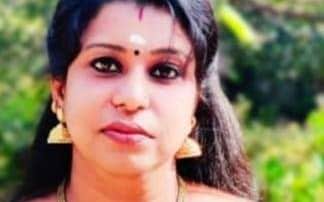 Ernakulam: Various ventures and welfare schemes of the central government have become a tool for the RSS and BJP to expand their presence in Kerala. Sahakar Bharati's Akshayasrees are planned and operated in such a way that they have become the working grounds of RSS and BJP in the state. In a similar line, Nidhi companies are also expected to provide proper premises for like minded action.

D Dhanuraj, Chairman, Centre for Public Policy Research, a think-tank based in Kochi, told Mathrubhumi.com that, "Such initiatives in Kerala are part of the long-term goals of the central BJP leadership. I don't think that even the state BJP leadership is directly involved in it or aware of such initiatives and its motives. The central leadership has different approaches to states based on the studies and research. BJP's national agenda would not work here and the central leadership is well aware of it. Kerala has a history of great cooperative movement and such ventures must have been implemented on the basis of it. See the progress of BJP in north eastern states, it's not an abrupt development but the result of long and relentless works of BJP for many years."

He also said that BJP has a chance in Kerala but due to various reasons it is not getting materialised. These ventures will definitely help BJP to make big political advancements.'

"For starting a Nidhi company, there must be seven members and all the members must be citizens of India. For starting the company, the group has to apply on the website of the ministry with all proper records. Over a period of ten years, the company should have a minimum of 200 members and there is no limit for issuing memberships. All Indian citizens can start Nidhi companies, not just the members of RSS or BJP or Hindu community," said Davis A Palathinkal, President of Nidhi Company Association.

Akshayasrees are part of the larger national network of BJP's Sahakar Bharti, a pan-India NGO of cooperatives. There are around 7,800 Akshayasree units across the state with nearly 2-lakh members. The mission aims to have 25,000 units by 2024.

Akshayasree members are also urged to start various ventures by forming self-help-groups. The flourishing supermarket network 'Samrudhi Store' across the state is an ideal example to highlight the fastness by which the network is growing. Around 60 such supermarkets are there in the state and the plan is to make it 1,000 by 2024. Akshayasree members are free to undertake any ventures such as cultivation of pineapple, plantain, paddy, tapioca etc, dairy and fish farming, making grocery flours etc.

Akshayasree also provides loans for its members at an interest rate of 9.75 percent. "As per an agreement with the central government, Dhanalakshmi Bank provides loans for Akshayasree members. A maximum of Rs 50,000 is provided and it has to be repaid in 28 installments," said Nisha Padmakumar, District Coordinator of Akshayasree Mission, Kollam.

The office-bearers and state leaders of RSS and BJP claim that there is no politics behind promoting such ventures and the sole intention behind the mission is to empower people at the ground level. However, political observers opined that the Kudumbasree-model venture will undoubtedly help the RSS-BJP to make silent political inroads in the long run.