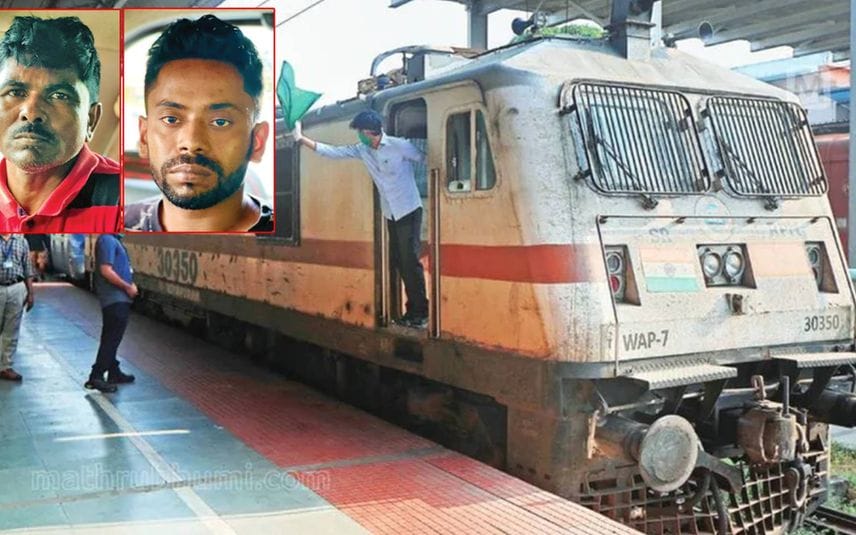 Thrissur: A group of officers of Kerala Police surround a train at Chennai MGR railway station with the support of Chennai railway police to nab the accused in a robbery case. They were able to catch two people in the case that has been nagging the police which reported a loss of 38.5 sovereigns from Poonkunnam here.

The police first went to West Bengal, searching for the thieves and were identified with incredible difficulty. Later, they got the information that the thieves were in Chennai. The officers then sought the help of Chennai police and arrested West Bengal Boramshakpur native Sheikh Mukbul (31) and Telengana native Muhammad Kaushar Sheikh (45) in the opeation.

The accused allegedly broke into a locked house in Poonkunnam on June 16 and stole 38.5 sovereigns. The thieves got inside the house by removing the five-foot-tall window and stole the ornaments from the shelves. A special investigation group, led by Commissioner R Adithya and Asst Commissioner VK Raju, was created.

The police inspected 88 CCTV cameras and got an unclear image of the thieves. It was found that the suspects are from West Bengal, and they lived in a lodge in Thrissur. On June 25, the police set off to West Bengal. The thieves used fake ID cards and sim cards in those names, which seriously affected the investigation.

The police found the suspects' hideout after searching day and night in the border villages of Bangladesh. The investigation conducted at the hideout provided the investigation group with more details regarding the other thefts conducted by the suspects. A piece of information was received that the thieves are travelling to Kerala via Chennai for the next series of robberies.

Police set off to Chennai and captured the two suspects with the help of the railway police from the MGR station. They were captured adventurously by surrounding the train bogey. West police HSO C.K Baiju, CPOs K.S. Akhil Vishnu, Abeesh Antony, C. A Vibin and P.C Anil Kumar were the other investigation team members.