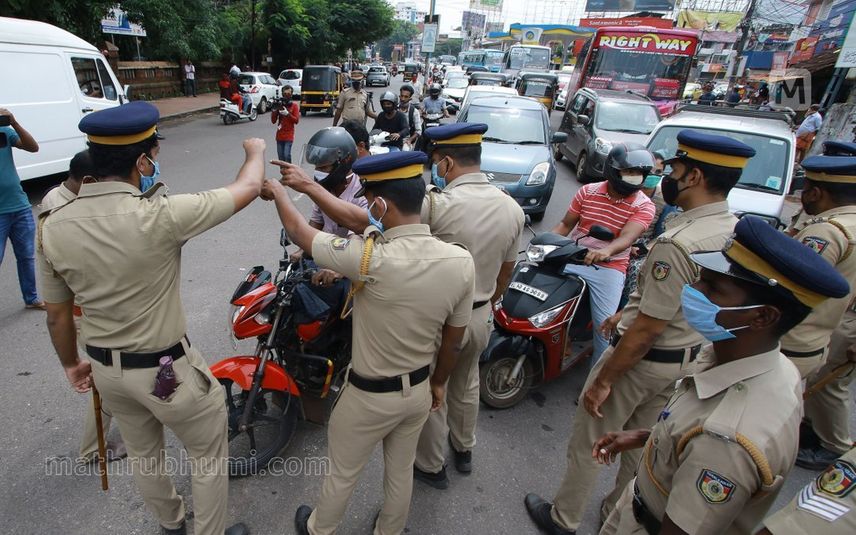 Thiruvananthapuram: After intelligence reports on possible clashes between the RSS and SDPI workers in Kannur, the Kerala Police are on high alert.

Kannur, the politically volatile district of Kerala, which has witnessed several brutal political killings, is tense after the intelligence reports.

The recent provocation is a bomb explosion in front of the residence of an Rashtriya Swayamsevak Sangh (RSS) worker, Sudeesh, at Chavassery in Mattanur. The incident occurred on Thursday night and the police said that this could be the retaliation to a bomb hurled at the office of Social Democratic Party of India (SDPI) a few weeks ago nearer to this place.

Sudeesh is arraigned as an accused in the case.

The state intelligence has reported the possibility of escalation in violence and has directed the police to prepare for any eventuality.

Kerala Chief Minister Pinarayi Vijayan, CPI-M state secretary, M.V. Govindan, incumbent Speaker of legislative Assembly A.N. Shamseer, and CPI-M politburo member and former home minister, Kodiyeri Balakrishnan are all from the district. While Kannur district has witnessed brutal political killings in which RSS and CPI-M were allegedly involved, there have also been clashes between the RSS and SDPI workers.

RSS Kannur district leader, Ashwini Kumar was brutally killed in a moving bus by the SDPI cadres on March 10, 2005, while he was travelling from Kannur to his hometown in Iritti in the outskirts of the district. This was alleged to be in retaliation to the murder of Mohammed a local SDPI worker of the area.

Shyamprasad, ABVP leader and RSS shakha shikshak, was killed by SDPI workers on January 18, 2018 and the RSS retaliated with the murder of Salahuddin, an SDPI worker at the same place on September 8, 2020.

Police is worried that such incidents of bombs being hurled at the party offices and residences of active workers of rival parties, would lead to major clashes and hence the state intelligence has already given inputs to the district police on the possibility of clashes in the Chavassery area of Kannur district.

CPI-M leader P. Jayarajan was hacked at his residence on an Onam day by the RSS workers in 1999, and in retaliation to it BJP Yuva morcha state vice president K.T. Jayakrishnan was brutally murdered at the primary school classroom where he was teaching. The incident occurred on December 1, 1999.